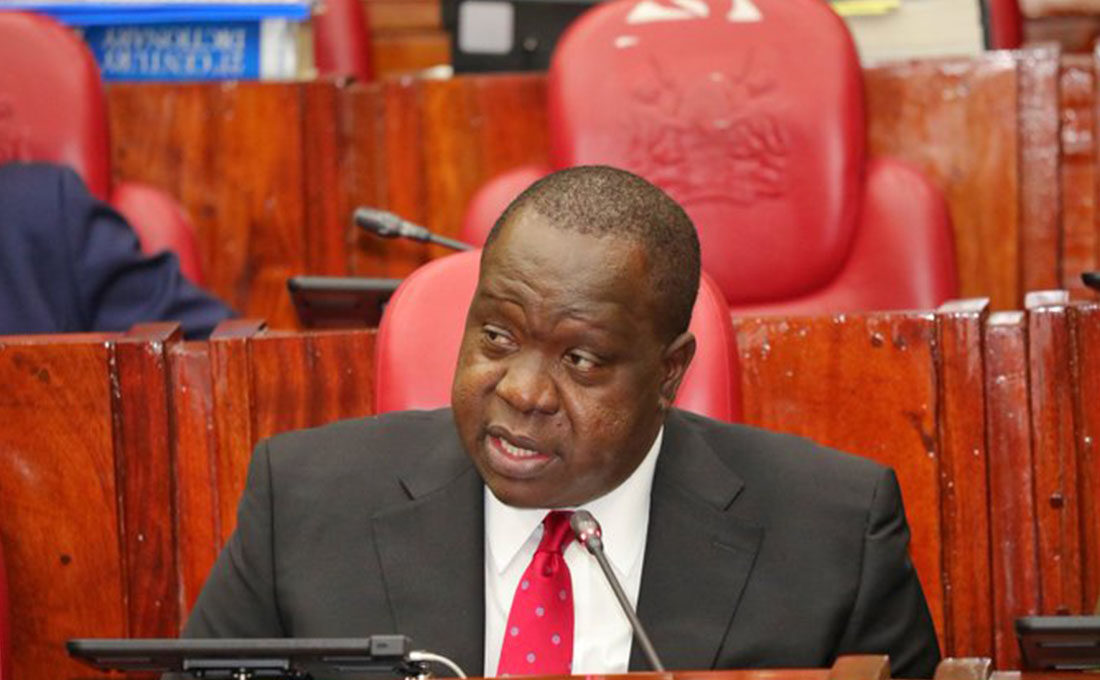 Interior Cabinet Secretary Dr. Fred Matiangi cleared the air over the replacement of security personnel of Kenya’s Deputy President when he said DP’s residence was neither a State House nor a State Lodge, thus necessary for replacement.

This followed a recent move which saw DP William Ruto’s security officers from the General Service Unit (GSU) being replaced by the Administration Police (AP) officers, a measure which was not received so well with Ruto’s cronies and supporters, most of whom termed it as a downgrade of DP’s office.

Appearing before the Committee on Administration and National Security on Wednesday, CS Matiang’s termed the recent changes as a rearrangement.

“The arrangement is an action done by the IG…..this is the routine, we keep moving them around from time to time to make sure we protect the VIPs in our midst. The Commandos have worked with the Deputy President for a long time. We haven’t changed them,” said CS Matiang’i.

The CS said the exercise was a routine and did not warrant the sort of attention it received.

“Contrary to the allegations made and in view of the tabled evidence (annex land 2), H.E. the Deputy President is the most guarded in the history of the country in comparison with previous equivalent officeholders.”

Being the most guarded Deputy President he has 121 Administration Police Service (APS) from the Security of Government Building Unit (SGB) and Critical Infrastructure Protection Unit (CIPU) in the second layer.

The third layer is known as the auxiliary security, who are 51 and these are security personnel deployed to secure various properties owned by the DP.

In comparison to previous holders of the office being held by Ruto, Matiang’i demonstrated that all previous vice presidents had only 14 officers from the Presidential Escort Unit assigned to them yet Ruto has 74.

For the officers guarding residences of previous vice presidents, all of Ruto’s predecessors had between eight to 16 officers assigned to them while Ruto has 183.

The Inspector General also became a subject of interest as MPs allied to the Deputy President demanded an explanation on the independence of his office.

In response, the CS Matiang’i denied claims of the IG being infringed on the powers of the office he holds and that he was responsible enough to consult with the security agencies and share information he has with them.

“In exercising his power Mr. Mutyambai has taken a decision running by all of us, which we are happy with and the reasons he took the decision all  we are aligned….the IG has not abused his power.”

CS Matiang’I has described the matter as a politics of sympathy propagated by politicians.

“The problem with our country is that some people suffer from sympathy addiction. We in the security sector make decisions after serious considerations knowing we will be held accountable.”

On whether the residence of the Deputy President is a State Lodge or a State House, CS Matiang’i declined Ruto’s residences belonging to either of them.

“Give me a law to work with on this basis, give the law that designates the residence of the Deputy President that makes it a State Lodge,” he said.

However, DP Ruto had on Tuesday termed their appearance before the Committee on Administration and National Security as a waste of time.

This is despite claiming that his life is in danger on Saturday and one of his allies, Nandi Senator Samson Cherargei, asking Senate Speaker Kenneth Lusaka to convene a special sitting to discuss the matter.