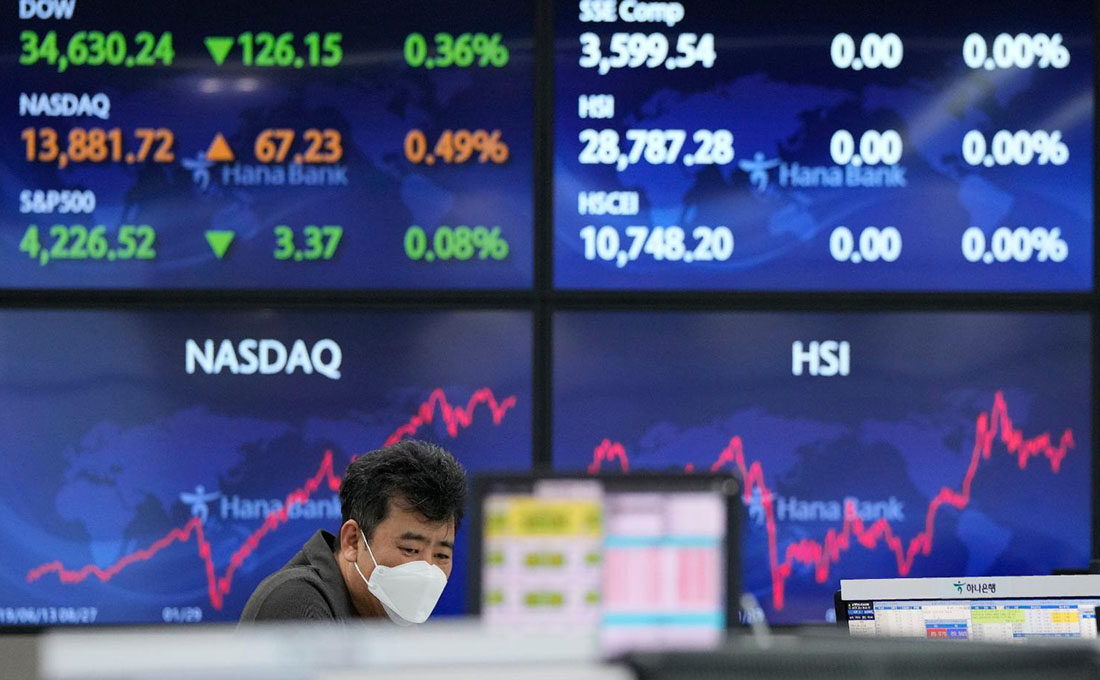 Asian shares slumped on Wednesday while the dollar inched back from three-week lows, as worries about slowing global growth in several markets returned to weigh on traders’ minds.

MSCI’s broadest index of Asia-Pacific shares outside Japan fell 0.40 percent, edging off a three-week high reached the day before.

In the past two weeks, the regional benchmark has regained much of the ground lost a few weeks earlier when markets globally dropped, spooked by the possibility that the U.S. Federal Reserve was moving closer to tapering its asset purchases.

However, on Tuesday, Chinese blue chips fell 0.44 percent and Hong Kong 0.5 percent, as worries about slowing growth in China remained a drag.

The day before, China reported that factory activity expanded at a slower pace while the services sector slumped into contraction, showing that China’s current soft patch is continuing in the third quarter,” Mansoor Mohi-uddin, chief economist, Bank of Singapore, wrote in a note.