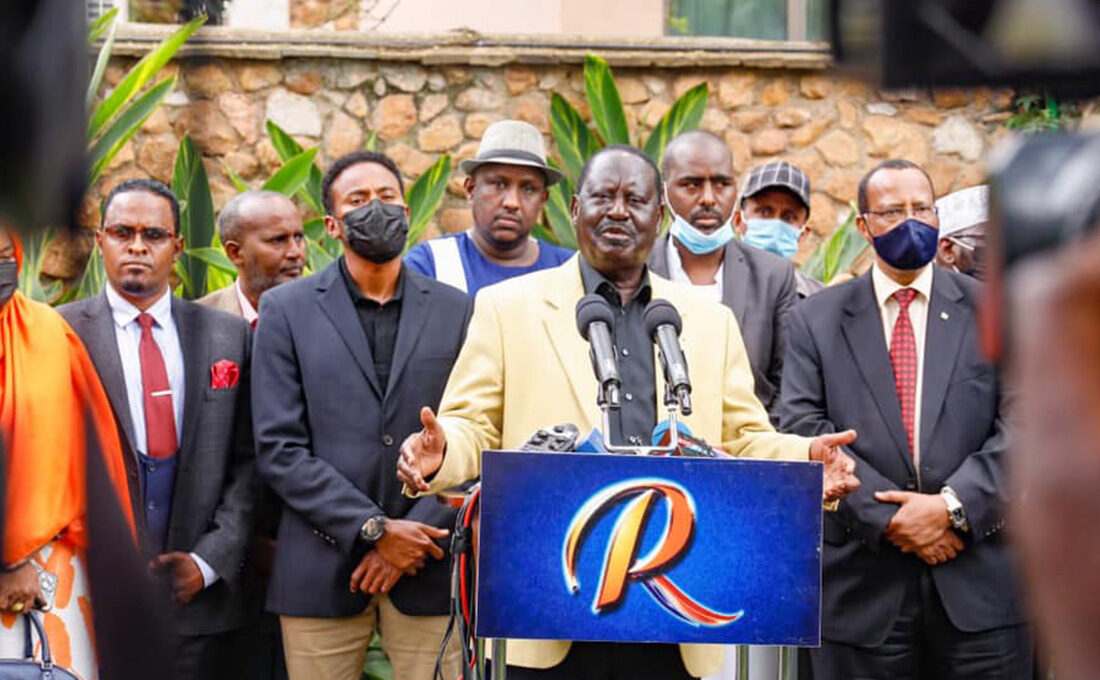 While addressing journalist at a Mandera hotel, the leaders termed Raila utterances as unnecessary and tends to further marginalized the North-Eastern region.

“What we are receiving is our right and it’s captured in the Kenyan Constitution, we cannot allow to be reverted to old days where this region was marginalized,” said Bashir Abdullahi, MCA Takaba Ward.

Abdullahi also stated the former Prime Minister’s concept targets to deny marginalized areas resources, noting the model tends to suggest that only the productive areas in the country be allocated huge funding to speed economic growth.

“Former Prime Minister is trying to bring about the sessional paper No 10 of 1965 which ensured the country’s wealth remains in productive region formerly the white highlands,” added Abdullahi.

Ibrahim Maalim Shimbir Fatuma of Fatuma Ward, said the allocation and resources Mandera County is receiving is not a privilege but their right, calling on former premier to make public apology to the people of Mandera.

“It has taken us 55 years to come to the rescue of the Marginalized, the Constitution has given us our share and we shall not accept such kind of utterances from leaders of the caliber of  Raila,”said Yunis.

He added that for the county to have better roads, better health care services and other essential services the national government needs to allocate huge funding, even higher than the current Ksh.12 billion.

Mr. Odinga, however, accused his opponents of misinterpreting his statement on the allocation of revenue in the counties of Mandera and Kiambu.

Speaking on Tuesday in Nairobi when he met with the Eastleigh business community, Raila said all he did was compare the two counties on the basis of the one man, one shilling, one vote revenue allocation model.

“I said it’s not fair to the people of Kiambu and I also qualified and said that does not mean we deprive Mandera of its right and I said give Mandera its right but let Kiambu people also get their right.”

“That is exactly what I said and this has been misinterpreted by my detractors. And I want to tell them they will not succeed,” Raila said.

The former PM made the statement when he addressed residents on his way from a church service in Kigumo, Murang’a County. He gave a comparison where a county will less population received more in allocation, compared to one with more people.