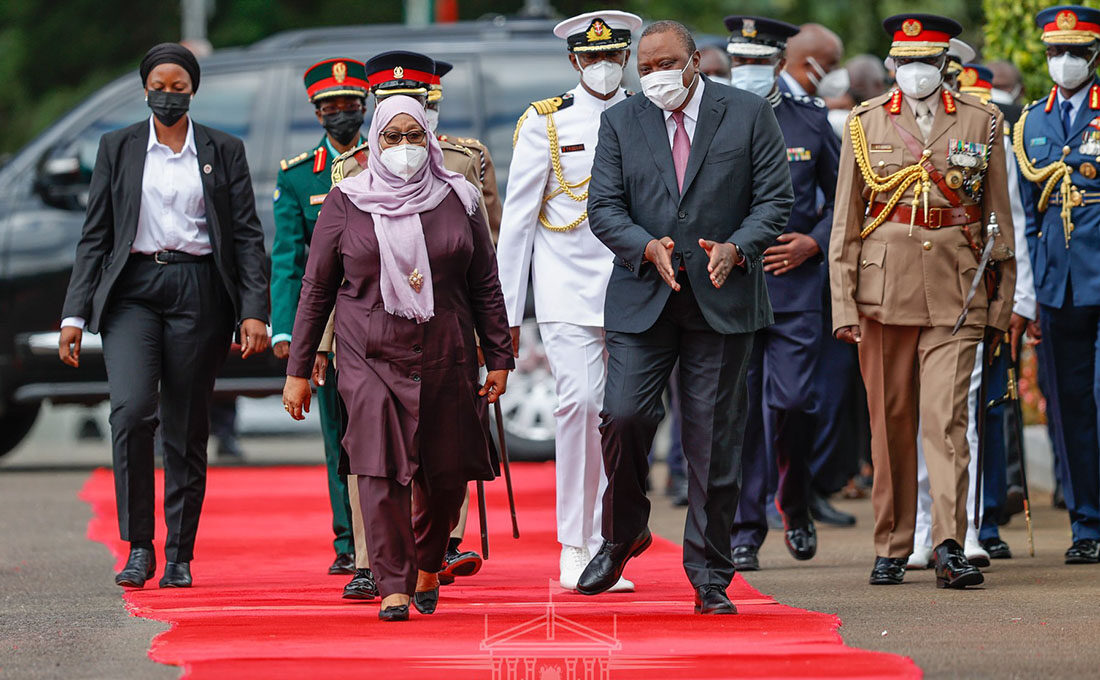 Kenya and Tanzania have set December as a deadline when both countries would have resolved the existing trade barriers affecting cross-border trade.

The decision came after the Joint Commission on Cooperation (JCC) meeting, a bilateral organ comprising officials from the two countries created to resolve issues affecting areas of cooperation.

The five-day meeting in Nairobi, which ended on Tuesday, indicated that nearly half of the barriers that have consistently plagued trade between the two countries have been resolved and that the remaining would be ironed out within the next four months.

“On trade, the JCC took note of the progress made by the Joint Trade Committee in addressing 30 out of 64 challenges facing bilateral relations and urged the resolution of the remaining 34 issues before the end of December 2021,” a joint dispatch from the JCC said on Tuesday.

The meeting was co-chaired by Foreign Affairs Ministers Liberata Mulamula of Tanzania and Kenya’s Raychelle Omamo, while the trade committee is led by Trade ministers Kitila Mkumbo of Tanzania and Betty Maina of Kenya.

President Uhuru Kenyatta and Tanzania counterpart Samia Suluhu Hassan during a meeting in May noted that trade opportunities between the two countries have not been fully exploited.

“Trade between the two countries has thrived over the past due to robust private sector, entrepreneurial citizen among other factors, however from the volumes we have not exploited the opportunities to full capacity,” he said.Among those resolved is customs clearance of soft drinks made in their territories, removal of inspection fees on processed products with a standardisation mark including wheat flour, and elimination of roaming calling fees following Tanzania’s entry into the Common Network Area.

Last week, officials said there would also be preferential treatment on cement made in their territories and that Tanzania would install the Single Window System as Kenya did to enable faster clearance of goods.

Further, the countries would harmonise standardisation with veterinary products becoming valid for export for up to 30 days. A permanent committee has also been established to monitor the implementation of decisions made.

During their meeting in May, President Kenyatta had directed ed responsible government officials to meet and iron out issues around the COVID-19 certificate.

And on Tuesday this week, On Tuesday, the countries’ top diplomats said they would use the next four months to fix the remaining crucial areas, including harmonising health certification, especially in times of COVID-19.

Both countries have improved policies on handling the pandemic, especially after the death of former Tanzanian president John Pombe Magufuli, who had claimed coronavirus had been eliminated in the country.

The JCC had only met once in Magufuli’s six-year reign, which may explain why issues it was meant to resolve flared. They included frequent detention of goods at the border, closure of entry points and disagreements over certification and standardisation.

The Commission said it would now be meeting at least once every year. The two countries also say they would soon commence the second phase of reaffirming their common border and enhance policing.

But the actual timelines will depend on how soon the two sides can allocate money and experts.

According to the East African report, The JCC signed a memorandum of understanding on Tuesday to guide the demarcation of the 800 km border, which will reaffirm the boundary “on the basis of existing treaties and recognised practice between both countries.”