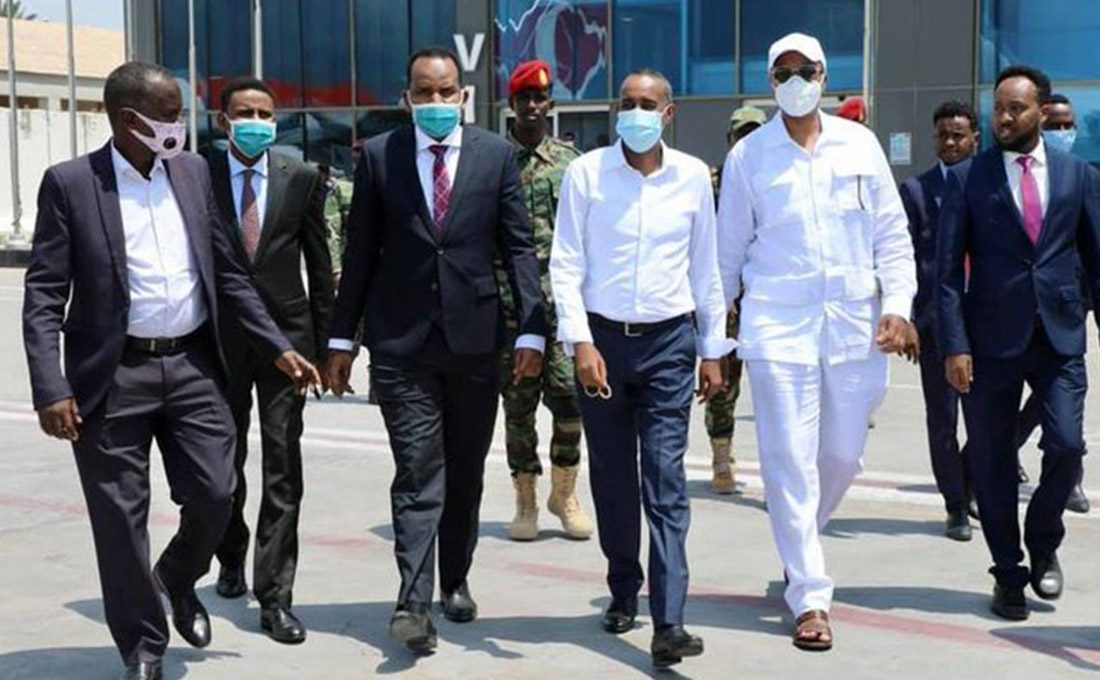 The two countries agreed to urgently organize the third session of the Somalia-Kenya joint commission for cooperation, a framework through which the two countries will undertake comprehensive discussions and develop clear modalities for implementing commitments focusing on diplomatic relations, trade and investment, security, tourism and economy, among others.

The countries also reiterated their commitment to working together with other colleagues in the region and international community to promote peace and security within the Horn of African region and beyond.

Roble, the Somali prime minister, said he will soon pay an official visit to Nairobi to further strengthen the relations with Kenya.

Ties between Kenya and Somalia hit a new low in December, when the Mogadishu government cut off ties with Nairobi for “constant political violation and Kenya’s open interference in Somalia’s independence.”

In December, Nairobi hosted a visit from Muse Bihi Abdi, president of Somaliland, a breakaway region of Somalia that has not achieved international recognition.

Somalia has blocked Kenyan imports of khat, a plant that is chewed for its stimulant effect and is an important part of bilateral trade.

The Mogadishu government accused Kenya of interfering in the electoral process of Jubbaland, a region of Somalia that borders Kenya. Kenya also has 3,600 troops in Somalia as part of the African Union peacekeeping mission.

Kenya’s response to Mogadishu’s complaints did little to calm tensions. A government spokesperson emphasised that the two countries shared aspirations and said: “All these years we have been overly kind to Somalia, hosting thousands of their refugees. We must remain good neighbours.”

In late December at a meeting of the Intergovernmental Authority on Development (IGAD) regional body, officials from the two countries agreed to restore their diplomatic ties. But Somalia’s condition for the move was that an IGAD mission be dispatched to investigate its claims.

Amidst these, there is also a maritime border row between the two nations which saw Kenya withdraw from International Court of Justice (ICJ) over the matter.

Kenya pulled out from the set date of hearing which was March 15, 2021 after having requested for the fourth time an extension of the hearing.

Despite the withdrawal, President Kenyatta has reiterated Kenya’s firm ground never to surrender any part of her territory to anyone.

“We will not accept anyone claiming ownership of any part of our land. Just as we have respected boundaries of other countries, we expect that our borders and land are equally respected,” said President Kenyatta.

Uhuru maintained Kenya is a peace-loving nation and will continue to jealously guard its borders and cautioned unnamed external forces against disrespecting the country’s territorial integrity.

“As a country we love peace, we are a country that loves to live in peace with its neighbours. Hence why we have been part of various peace support initiatives in other countries.”