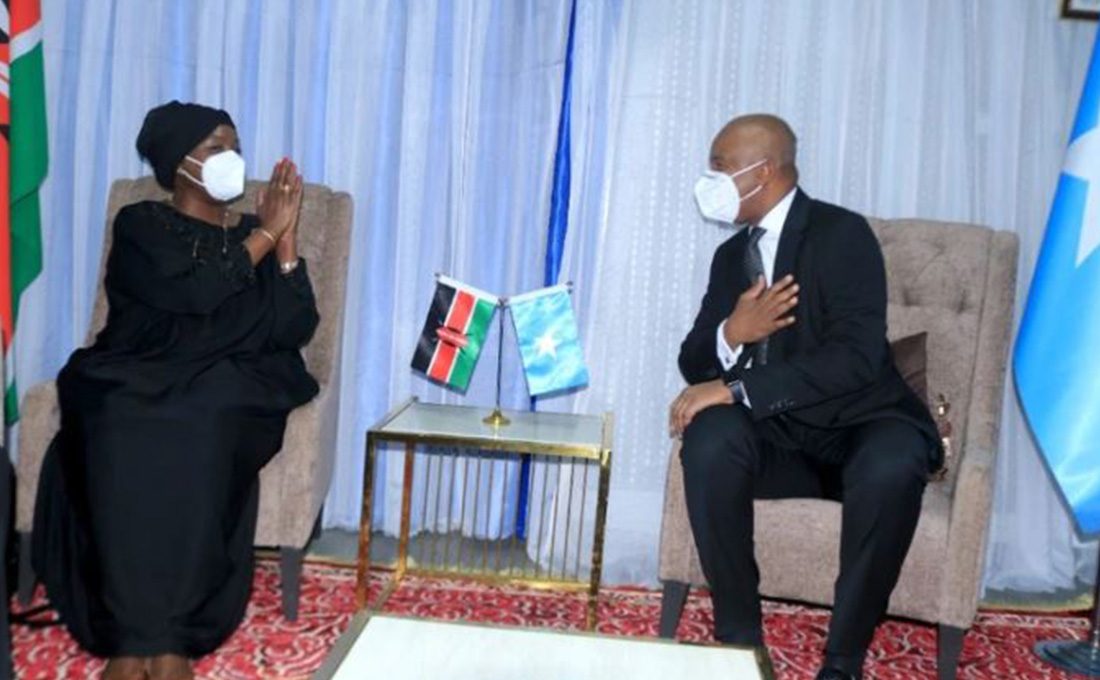 Somalia and Kenya have agreed to shore up their frosty diplomatic relations following a meeting in Mogadishu on Sunday between senior officials from the east African neighbors.

The two countries agreed to urgently organize the third session of the Somalia-Kenya joint commission for cooperation, a framework through which the two countries will undertake comprehensive discussions and develop clear modalities for implementing commitments focusing on diplomatic relations, trade and investment, security, tourism and economy, among others.

The countries also reiterated their commitment to working together with other colleagues in the region and international community to promote peace and security within the Horn of African region and beyond.

Roble, the Somali prime minister, said he will soon pay an official visit to Nairobi to further strengthen the relations with Kenya.

Mogadishu restored diplomatic relations with Nairobi on May 5 with mediation by Qatar.

More bilateral talks are expected between President Uhuru Kenyatta and Somalia Premier Roble, who arrived in Kenya on Tuesday for a state visit.