Lorry kills two after ramming into a ditch in Machakos 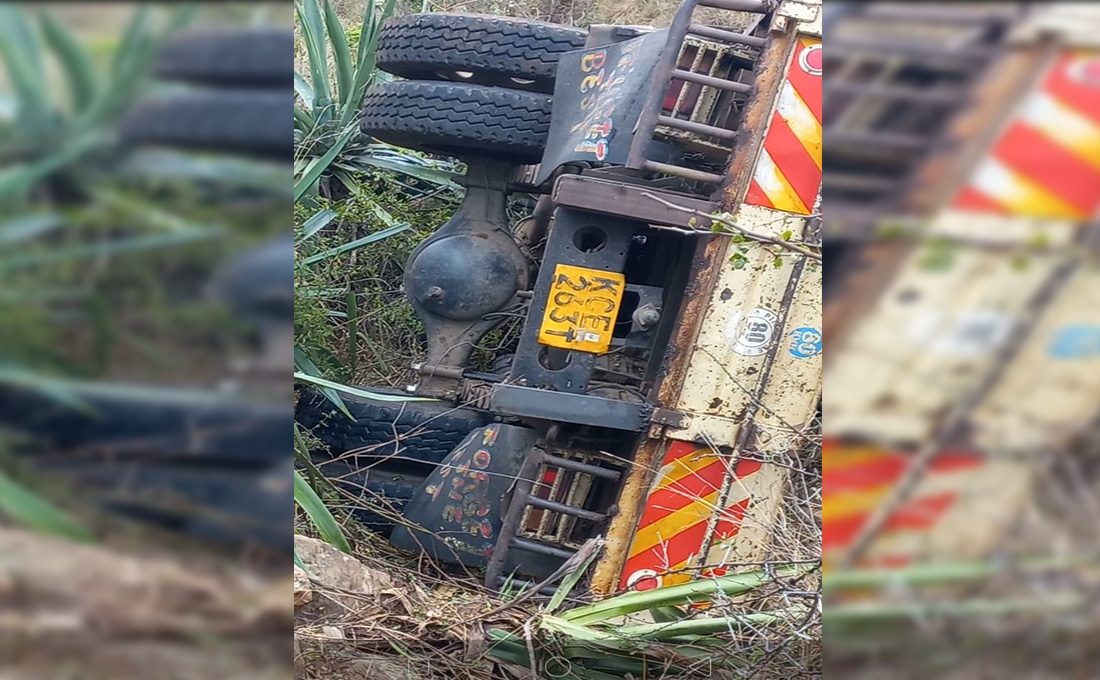 Two people were killed and one seriously injured after a lorry landed into a ditch at Muvuti area in Machakos-Kikima area on Thursday.

According to Machakos traffic police Mr. Ben Chilwel, the driver lost control when lorry suffered brake failure and crashed into a ditch.

Mr. Chilwel said the lorry was ferrying goods to Kikima when the accident happened.

The survivor has been admitted in Machakos Hospital with serious injuries, while the bodies of the two were taken to Machakos Level Four Mortuary pending identification.

Area residents ate calling on the authority to put bumps at the area – Muvuti, to avoid more accidents.

Last week, four people died on the spot after a matatu they were travelling in rammed into a stationery trailer at Mlolongo Machakos County.

The matatu belonging to MAPRA Sacco was heading to Nairobi.

Mlolongo Assistant County Commissioner confirmed the accident saying the four died on the spot and several others sustained serious injuries.