Jobless Kenyan nurses to get jobs in UK after Uhuru visit 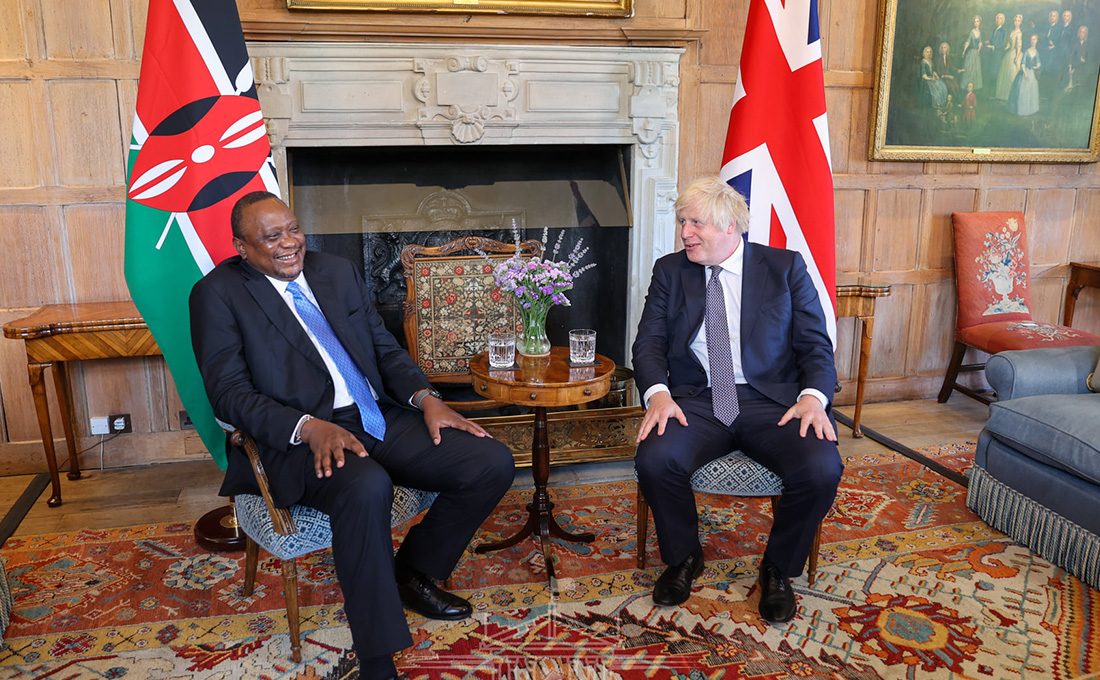 More than 3,000 jobless Kenyan nurses will have an opportunity to work in the United Kingdom under the Kenya-UK health agreement.

The agreement will be signed Thursday by the UK Health Secretary Sajid Javid and Kenya’s Labour Cabinet Secretary Simon Chelagui.

The unemployed health workers will serve in the UK’s National Health Service (NHS) before returning to work in Kenya. They will help meet the high demand for trained medical staff in the UK.

President Uhuru Kenyatta will witness the signing of the Kenya-UK Health Alliance at the Royal College of Physics. This will see a boost in research and collaboration between the UK and Kenyan universities and teaching hospitals.

“Our health partnership with Kenya is 30 years old and growing stronger by the month. This new agreement on health workers allows us to share skills and expertise even further, and is a fantastic opportunity for Kenyans to work in the UK.

“From COVID-19 vaccines and genomic sequencing, to exchanges on cancer research and treatment to help Kenya treatment more cancer patients at home, the UK has a long and proud history of support for Kenya’s health sector. The signing of the Kenya-UK Health Alliance by President Kenyatta on his visit to the UK is the latest chapter in our flourishing partnership.” Said Jane Marriott, the British High Commissioner to Kenya.

It comes after a flurry of announcements of UK support for Kenya’s COVID-19 response, as part of UK’s flourishing Health Partnership, signed by the UK’s Foreign Secretary, Dominic Raab, and Kenya’s Cabinet Secretary for Health, Mutahi Kagwe, during a visit to Nairobi in January 2021.

In January this year, highly skilled Kenyans without degree-level bagged an automatic qualification to work in the UK under new immigration rules that followed the UK agreeing a deal to exit the European Union.

Britain’s new points-based immigration system lowered the requirement for job applicants to a minimum skill level of A-level or equivalent from degree-level that applies in the EU bloc system.

The UK, which voted to exit the EU in 2016, agreed a new trade deal with other European countries on December 24, triggering new rules on work, residency and trade.

The relaxed visa rules enable Kenyan professionals in fields such as IT, accountancy, plumbing and electrical works to compete with other migrants.

In 2020, Britain had scrapped off the Immigration Healthcare Surcharge Fee making it easier for immigrant nurses to work in the country.

Britain projects a huge climb in job vacancies after the new post-Brexit immigration system ended free movement of labour between it and the EU following the departure from the bloc earlier this year.

President Uhuru Kenyatta’s three-day state visit to the UK has seen the country bag good deals, much of which will benefit the Big 4.

UK’s Premier during bilateral talks between the two leaders, reiterated his administration’s commitment to continue working with Kenya in expanding British business footprints in Africa so as to reclaim the declining volumes of UK investments on the continent.

President Kenyatta and his host also spoke about the COVID-19 pandemic especially the growing challenge of access to vaccines for Kenya and the rest of the developing world.

Johnson pledged additional vaccines on a bilateral basis, in addition to the 400,000 doses announced earlier on Wednesday.

“As friends and allies, we are sharing UK vaccine doses to support Kenya’s fight against the pandemic,” said Johnson.