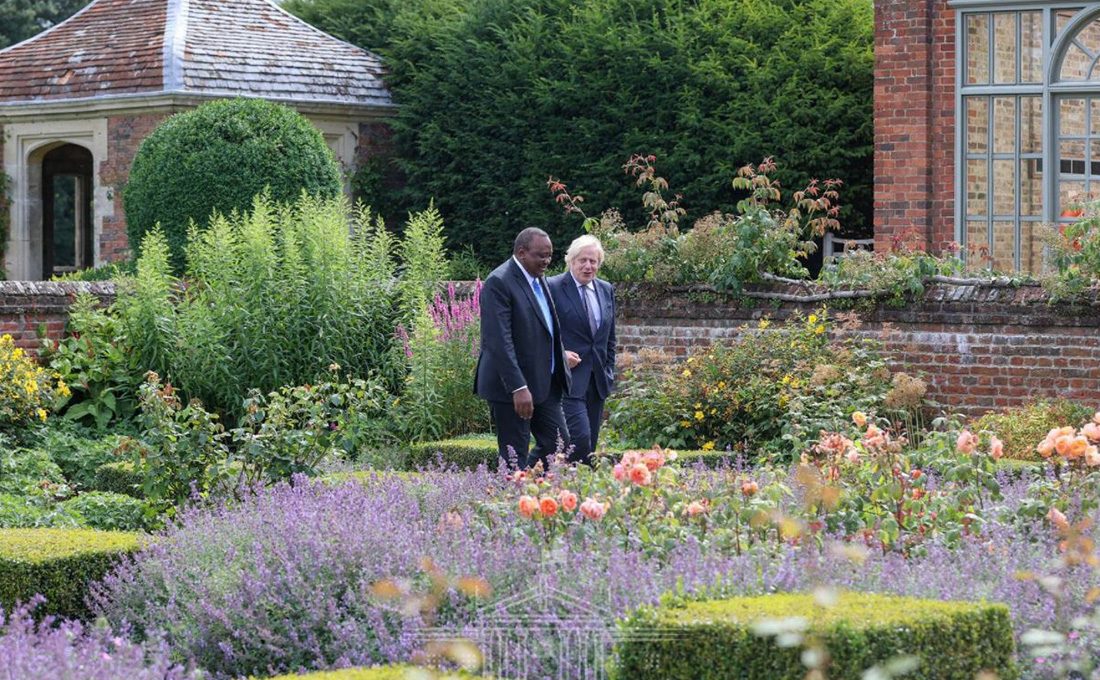 The leaders meeting at Chequers, the Prime Minister’s official country residence in Buckinghamshire, discussed the deepening of the Kenya-UK historic ties as well as explored new avenues of bilateral cooperation.

In their broad discussion, Kenyatta and Johnson agreed to maximise the benefits of a strategic partnership they signed when President Kenyatta last visited the UK.

“It is time to fully pick up from the agreements last year. Implementation was affected by Covid-19 but we must start to strongly deliver on that agreement,” President Kenyatta told his British host.

Johnson reiterated his administration’s commitment to continue working with Kenya in expanding British business footprints in Africa so as to reclaim the declining volumes of UK investments on the continent.

President Kenyatta and his host also spoke about the COVID-19 pandemic especially the growing challenge of access to vaccines for Kenya and the rest of the developing world.

Johnson pledged additional vaccines on a bilateral basis, in addition to the 400,000 doses announced earlier on Wednesday.

“As friends and allies, we are sharing UK vaccine doses to support Kenya’s fight against the pandemic,” said Johnson.

Under this financing kitty, Ksh.5.2 billion will be matched by Ksh.3.5 billion of private investment to finance 10,000 green affordable homes for Kenyans.

In the coming days, Kenya is expected to launch the Nairobi International Financial Centre, in partnership with the City of London.

Lastly, the completion of the Ksh.33 billion Kipeto Wind Farm, backed by the UK’s Actis in partnership with the U.S Government.