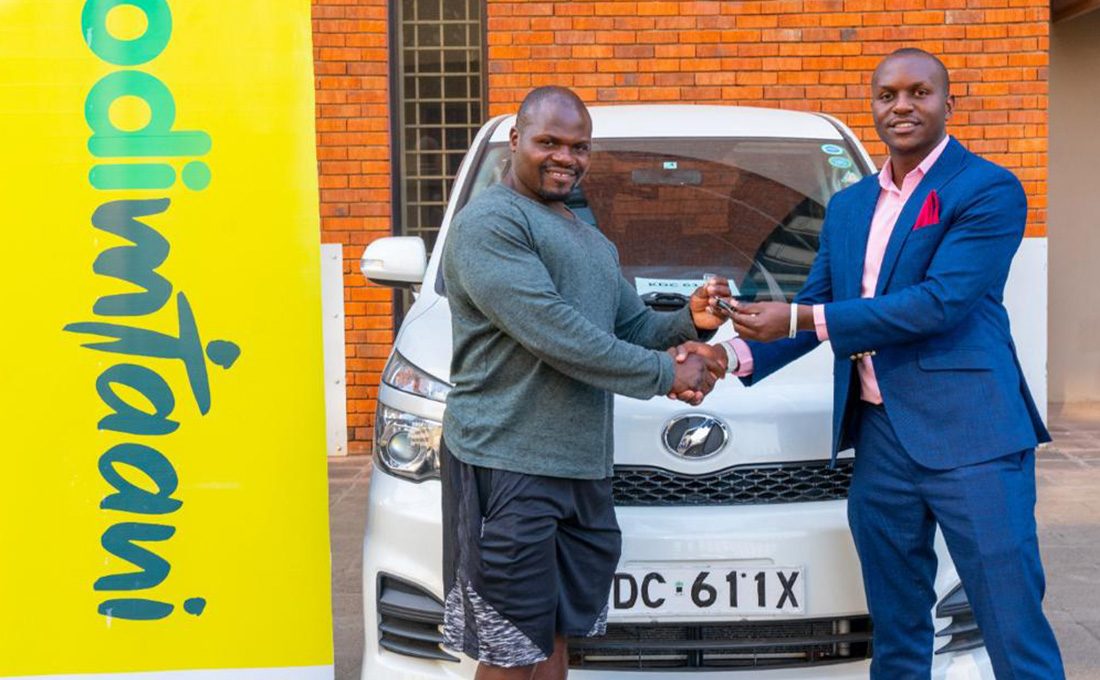 Charles Odongo, popularly known as #UgaliMan, who went viral for his ugali eating skills, has finally received his goodies from betting firm Odibets.

Odongo, whose video was shared multiple times on social media, entertained netizens when he was captured tossing a portion of ugali in the air before finally grabbing and eating it.

Speaking to journalists on Tuesday, July 27, 2021 Mr. Odongo, who is a fitness trainer by profession, thanked Odibets for delivering as they had promised.

“I am more than happy today to receive my car and a fully equipped gym from Odibets as they had promised, this is a dream come true,” a jovial Odongo said.

The internet sensation added that he had not expected the video to go viral to a point of securing him a deal.

Available for the handing over ceremony was Odibets Country marketing manager Aggrey Sayi who encouraged anyone out there trying to make ends out of their talents to continue doing so as they may not know who is watching.

“As a brand we believe that more funding is needed towards development of talent and that’s why we went for Charles Odongo the Ugali man who brought smiles across households in the country. We believe there are thousands of hidden and promising talents in the country which can be nurtured,” said Aggrey Sayi, Odibets Marketing Manager.