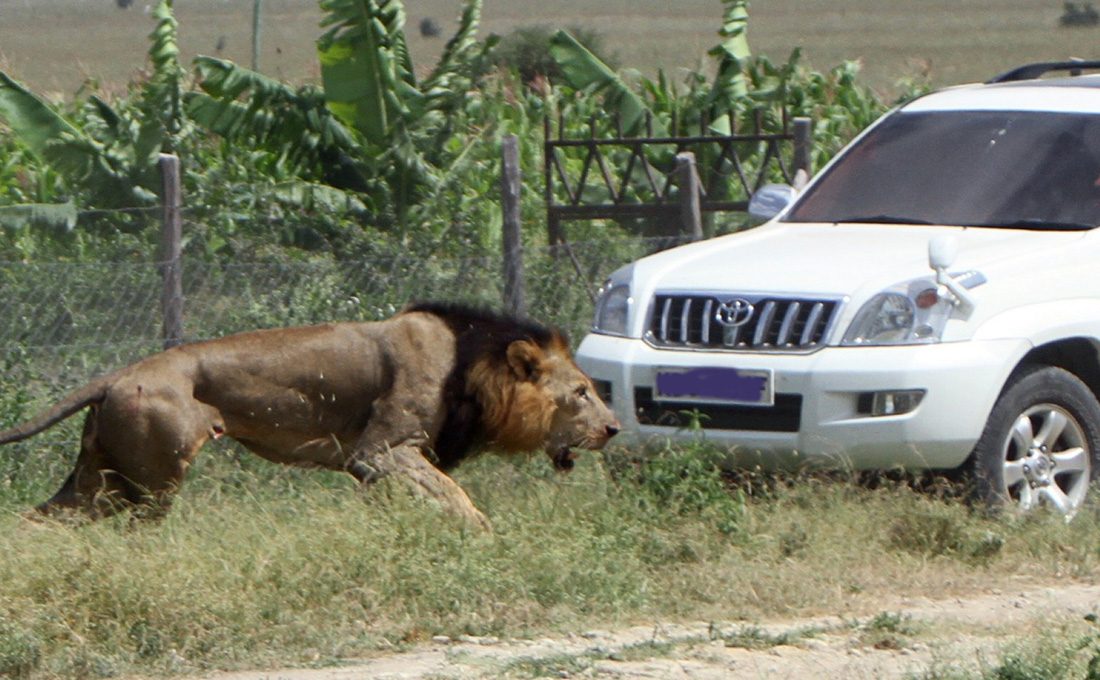 The Kenya Wildlife Service (KWS) on Wednesday captured a lion which went loose from the Nairobi National Park.

The lion was found stuck between a concrete wall of iron sheets in Ongata Rongai area.

The KWS immediately dispatched a team of rangers and the veterinary officers to the scene upon receiving the information from the residents.

“This morning, a sub-adult male lion was spotted stuck between a concrete wall and iron sheets in Ongata Rongai area in Kajiado County. KWS was alerted by members of the public and promptly dispatched rangers & the veterinary team to the scene,” said KWS on its Twitter page.

According to KWS, the subject lion was not harmed by the public and was successfully taken back to the park.

“The lion was successfully darted, immobilized and safely transferred to the veterinary facility for observation & collaring before being released back to the park.”

This is not the first incident the lion has cut itself loose from the park with various cases having been reported in the recent past.

For example, in October 2019, wildlife officials went searching for a stray lion that reportedly mauled a man to death outside Safari Park, Nairobi.

Prides of lions from Nairobi National Park have been sighted roaming in residential areas in the past years creating a lot of fear among residents.

This is because the area between the Nairobi National Park and the residential areas has not been barricaded.

Onesmus Nyaoma, Ongata Rongai resident, said they live in fear because wild animals have been roaming near their premises for a long time posing a threat to their lives and safety.

“I do not understand what is going on. The government needs to come out and reassure us of our safety and that of our children. Just recently there was a lion in a school in Tumaini area. It was later spotted in a residential area. We need the Cabinet Secretary to come to Ongata Rongai and talk to us about building a fence and putting security personnel around the park,” he said.

Members of the public have been lauded by the KWS for their prompt alert and cooperation during the capturing exercise and urged the public to continue reporting such incidences of animals escaping the park.

A section of Muslims