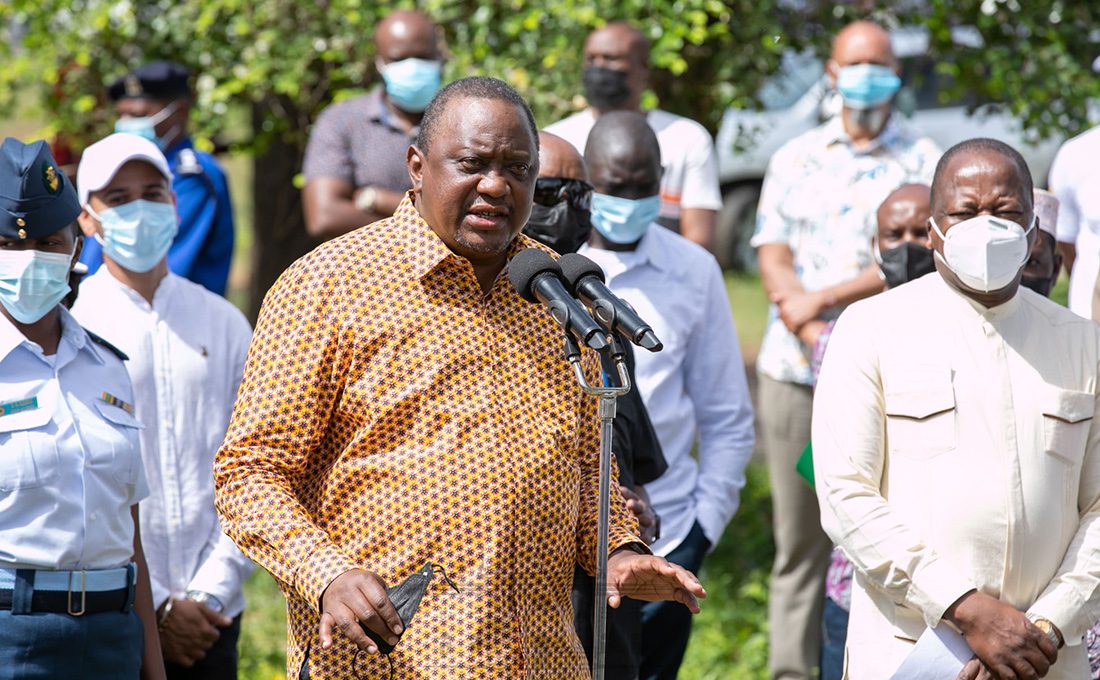 The President also witnessed a demonstration on the use of Drones for mapping and outdoor spraying of malaria breeding sites during the ceremony.

A single Drone is capable of spraying anti-malarial larvicides on 150 acres daily, a task that would take 10 days when done manually.

The Kenya Malaria Army is an initiative by African Leaders Malaria Alliance (ALMA) to end the vector-borne disease on the continent by the year 2030.

President Kenyatta is currently the Chairperson of ALMA a position he took over from King Mswati of eSwatini. He is to lead the alliance for a two-year term.

The Alliance is a coalition of African Heads of State and Government advancing advocacy efforts, resource mobilization and accountability in the fight against malaria across Africa.

While in Kilifi still, the president also announced the attainment of World Health Organization (WHO) pre-qualification for the first locally manufactured malaria medicine.

He is on a three-day tour in Kilifi where he also visited the multi-agency team of Kenyan security officers undertaking a joint operational training in Boni Forest, Lamu County.

The Field Training Exercise (FTX), is part of a broad Whole-of-Government approach to the delivery of security services by leveraging on interoperability of Kenya’s security assets.