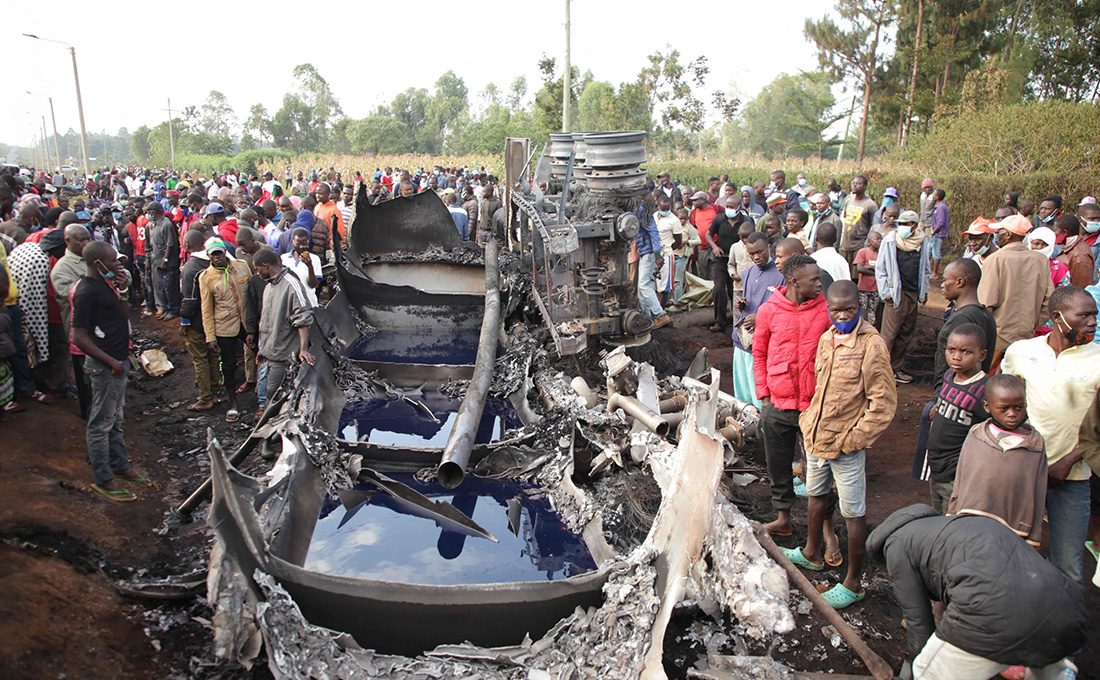 The death toll from the Malanga petrol tanker tragedy rose to 17 Tuesday after two more people died while undergoing treatment at the Siaya County Referral Hospital.

According to the county referral hospital medical superintendent, Dr. Aliech Odoyo, the two were part of the 26 people who were rushed to the hospital with various degrees of burns.

He was addressing the media after Siaya Senator, James Orengo and Gem Member of Parliament, Elisha Odhiambo visited the hospitalised victims.

“We will sit down with our colleagues and make sure that all that needs to be done is done as quickly as possible both at the national and county level” said Orengo.

Gem MP, Odhiambo said the families will require assistance of experts to identify the charred remains of their kinsmen who perished in the inferno.

He, however, hailed the government for availing pathologists for the purpose, saying that out of the 17 fatalities, only two bodies of those who perished while undergoing treatment at the county referral hospital could be identified.

Thirteen people were burnt to death and scores injured when their attempt to siphon fuel from a trailer that had been involved in an accident burst into flames at Malanga along the Kisumu – Busia highway on Saturday night.

The accident occurred near Argwings Kodhek secondary school in Malanga area within Gem Yala Sub County, a few kilometres from Sidindi trading centre where scores of people died in a similar accident in 1998.

According to eye witnesses, the tanker which was transporting petrol from Kisumu to Uganda hit a milk transporting lorry that was heading in the opposite direction before veering off the road and rolled before landing near the school fence.