Over 70 killed, 1300 arrested amid unrest in South Africa 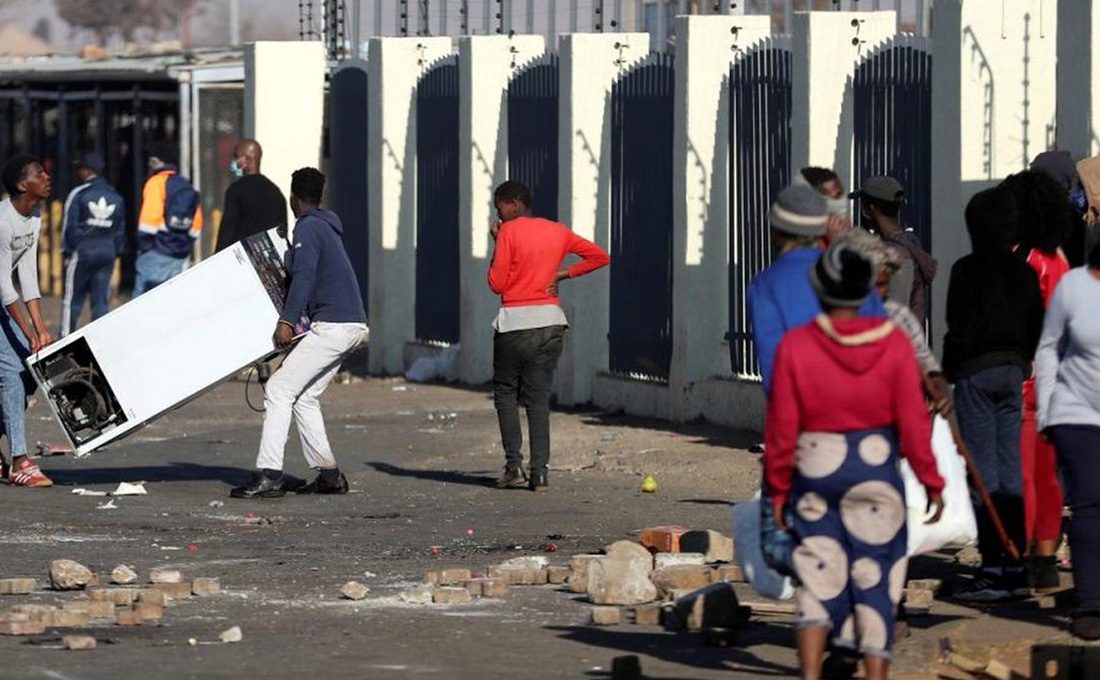 The South African government on Wednesday sought to deploy around 25,000 troops to curb unrest, now in its sixth straight day, amid fears of food and fuel shortages as disruption to farming, manufacturing and oil refining began to bite.

Looting has hit supply chains and transport links especially in the southeastern province of KwaZulu-Natal, impacting goods and services around the country.

The government said 208 incidents of looting and vandalism were recorded Wednesday, as the number of troops deployed doubled to 5,000.

But Defence Minister Nosiviwe Mapisa-Nqakula later told parliament she had “submitted a request for deployment of plus-minus 25,000” soldiers. Troop deployments are authorized by the president.

She did not say when the extra troops would be on the streets.

The government had been under pressure to increase boots on the ground to quickly put a lid on the violence pummelling an already struggling economy.

The country’s consumer goods regulatory body estimated that more than 800 retail shops had been looted.

President Cyril Ramaphosa met leaders of political parties and cautioned that parts of the country “may soon be running short of basic provisions following the extensive disruption of food, fuel and medicine supply chains”.

State-owned logistics operator Transnet declared a “force majeure” on Wednesday — an emergency beyond its control — on a key rail line that links Johannesburg to the coast because of the unrest.

In the port city of Durban, hundreds of people queued outside food stores hours before they opened, as lines of cars also formed outside fuel stations, an AFP photographer saw.

On Tuesday, the country’s largest refinery SAPREF shuttered its plant in Durban, responsible for a third of South Africa’s fuel supply.

“It’s inevitable that we will have fuel shortages in the next couple of days or weeks,” the Automobile Association’s Layton Beard said.