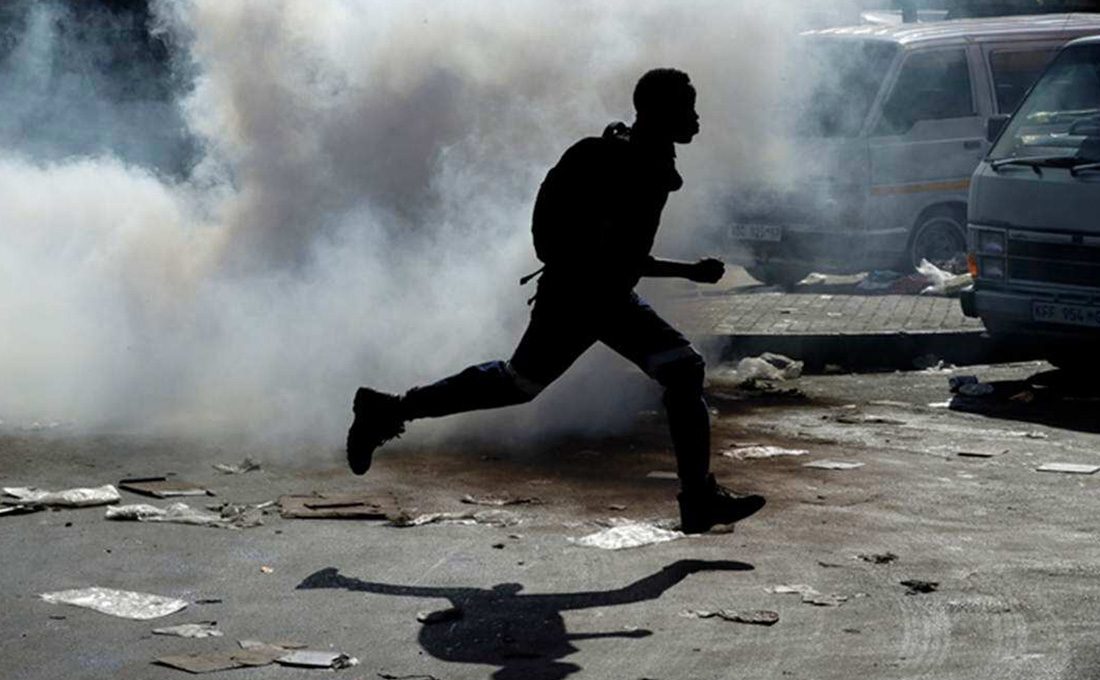 South Africa’s rand slumped to its weakest level against the dollar in more than two months as rioting that started with last week’s imprisonment of former President Jacob Zuma.

The ongoing unrest in Africa’s richest economy Monday weighed on the outlook for an economy already strained by a resurgence of the coronavirus.

According to a Bloomberg report, the violent protests shuttered businesses and disrupted transport networks in the nation’s two richest provinces, Gauteng and KwaZulu-Natal.

Zuma surrendered to the police on July 7 to begin his 15 months prison term after a South African Constitutional Court found him guilty for a court order to testify at a graft inquiry.

The riots added to disruption sparked by the extension of a pandemic lockdown that’s hurting businesses and has robbed many people of wages in a nation with an unemployment rate of 32.6 percent.

“It is difficult to tell which is the greater emergency in South Africa right now: the riots, which have resulted in significant property damage, looting and affected the movements of goods along an important trade corridor, or the continued spread of COVID-19,” Siobhan Redford, an analyst at Rand Merchant Bank in Johannesburg, said in a client note. “It will be important to see the government take action.”