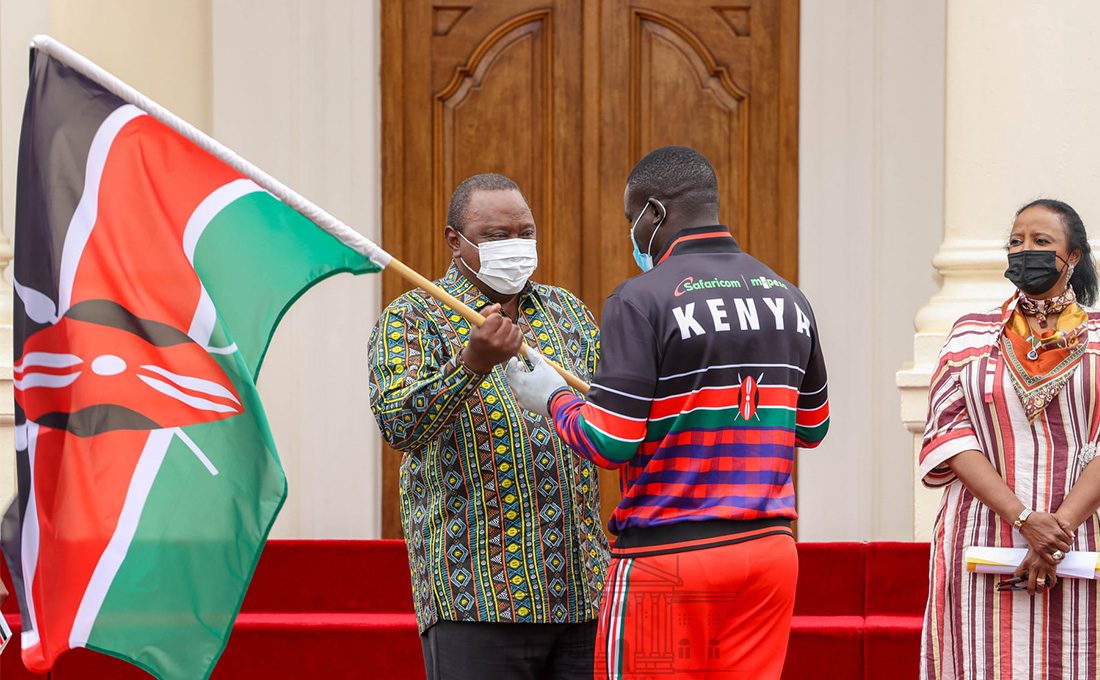 President Uhuru Kenyatta called on the national team to the forthcoming Tokyo Olympics to represent the country well by being good brand ambassadors.

The President told the contingent of 113 athletes to uplift Kenya’s reputation in the community of nations by being disciplined and carrying themselves with dignity.

Uhuru spoke while handing over the national flag to team Kenya for the 2020 Tokyo Olympic games.

Rugby player Andrew Amonde who received the flag on behalf of the team will captain team Kenya to the delayed summer games.

Sports cabinet secretary Amina Mohamed revealed that the Tokyo-bound athletes were fully kitted for the entire duration for the first time in the history of Kenya’s participation in the summer games.

The much-anticipated games, however, will not have fans attend the venue after Japan declared the state of emergency in Tokyo over surging coronavirus cases.

The state of emergency will take effect on July 12, 2021 and last till August 22, 2021 Japanese Prime Minister Yoshihide Suga said at a government meeting.