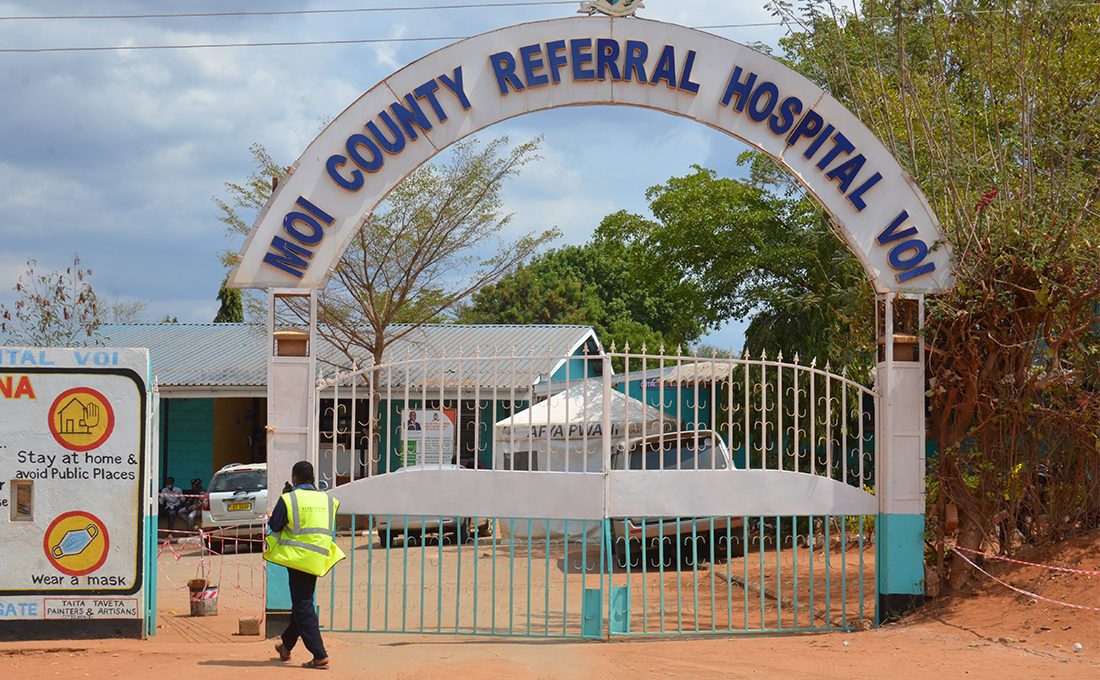 Doctors at Moi County Referral Hospital in Voi sub-county, Taita-Taveta have performed the first total hip replacement surgery in the region in a procedure being hailed as a historic milestone in treatment and management of orthopaedic disorders.

The maiden operation was done on a 67-year old Japhason Mashanga who had been bedridden for several weeks after sustaining a shattered hip after an accident.

A team of four doctors and a support team of five extra medics composed of nurses and anaesthetists were involved in this delicate four-hour operation. Dr Mustapha Masai and Abedi Mbarak were the lead orthopaedic surgeons.

Masai said the team opted for a total hip replacement procedure owing to the advanced age of the patient.

“This was the safest option for the patient to set him on the path to recovery,” he said.

The patient, Mr Mashanga, disclosed that given his age and nature of the condition that he had, he feared he would never walk again. His accident had confined him to bed for over three weeks.

He said that he could neither walk nor sit and could only sleep as his family frantically sought for help from hospitals.

“I was terrified I would never walk. I had lain in bed for so long in agony and I feared this would be my life but the operation restored my movements,” said the patient.

The successful procedure at the facility is a breakthrough and a testimony to the capacity of the staff and health facilities in the region.

County Executive Committee Member (CECM) for Health Services John Mwangeka hailed the operation as one of its kind that would alleviate the suffering of families travelling to Nairobi and Mombasa to seek such services.

He added that the hospitals had the capacity to successfully conduct complicated procedures at a cost that was affordable to the local residents and urged residents to enrol with National Insurance Health Fund (NHIF) to cater for the cost of treatment.

“This procedure can cost as much as half a million shillings in some private facilities but we did it for slightly less than a third of that amount,” he said.

Moi County Referral Hospital has lately made significant strides in provision of health services that were earlier unavailable in the region.

Currently, the facility is offering biopsy and chemotherapy services for oncology patients.

The facility is also conducting major eye surgeries after operationalising of the first eye clinic in the county. The referral hospital also offers full dialysis services for patients with kidney problems.