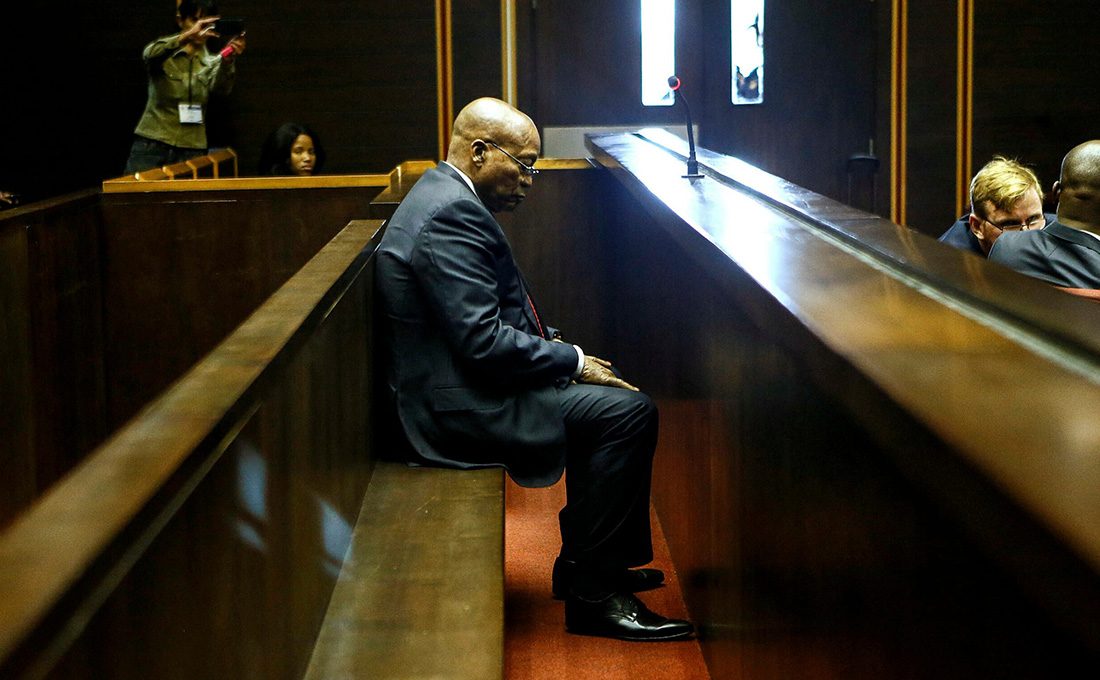 South African former President Jacob Zuma turned himself in to police on Wednesday to begin 15 months in jail for contempt of court.

His surrender was the culmination of a long legal drama seen as a test of the post-apartheid state’s ability to enforce the rule of law.

Zuma’s Foundation confirmed his surrender to the police on Wednesday on its Twitter page.

“President Zuma has decided to comply with the incarceration order,” his foundation said.

On Sunday, the controversial Zuma seemed defiant when he said he would not go to jail and compared judges who gave him a 15-month jail term last week for contempt of court to the country’s former white apartheid rulers.

“No need for me to go to jail today,” the 79-year-old told journalists at his Nkandla homestead in Kwa-Zulu Natal province, where hundreds of his supporters, some of them armed, were gathered to prevent his arrest.

“Sending me to jail during the height of a pandemic, at my age, is the same as sentencing me to death,” he added.

The 79-year-old had applied for the sentence to be annulled on the grounds that it is excessive and could expose him to COVID-19, and the court agreed to hear his challenge, suspending the jail term until after a hearing on July 12, 2021.

The country’s Constitutional Court slapped Zuma with a 15-month jail sentence over contempt of court.

According to CNBC News, Zuma defied the court’s order to appear at a corruption inquiry when he was still in power between 2009 and 2018.

“This kind of recalcitrance and defiance is unlawful and will be punished. I am left with no option but to commit Mr Zuma to imprisonment, with the hope that doing so sends an unequivocal message … the rule of law and the administration of justice prevails.

“The majority judgment orders an unsuspended sentence of imprisonment for a period [of 15 months],” She added.

In February last year, a South African High Court in Pietermaritzburg issued a warrant of arrest for Zuma, after he missed a court appearance on grounds of needing medical treatment.

Zuma was charged with crimes including corruption, racketeering and money-laundering and was not present during pre-trial hearing due to bad-health.

He was charged with corruption linked to a 1990s arms deal.

The arms deal took place in 1999, the year Zuma moved from being a provincial minister to Deputy President.

He is accused of accepting 783 illegal payments from French arms company Thales through his former financial adviser Shabir Shaik who was convicted in relation to the same crimes. He denied all the charges.

Zuma was South Africa’s president for nine years but was ousted in 2018 following internal discord among the ruling African National Congress (ANC).