Odibets comes to the rescue of footballer Ezekiel Otuoma 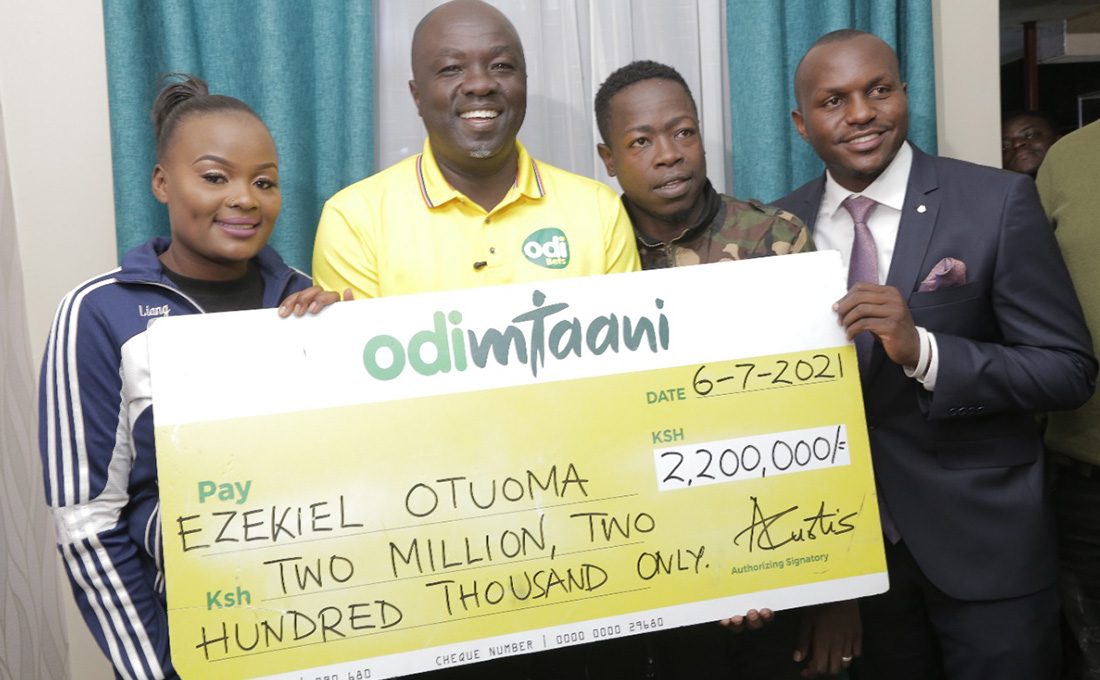 One of Kenya’s leading betting firms Odibets has come to the aid of ailing former AFC leopards star Ezekiel Otuoma.

The footballer was diagnosed with Motor Neurone Disease (MND) sometime last year; something that made him put a break on his football career, his last team being Talanta FC.

The once lethal striker, who has been in and out of hospital, came out to seek financial help early this year.

On Tuesday 6th May 2021, through their initiative ’Odimtaani’, Odibets paid his medical bill of Sh1.5 million in Germany to facilitate his treatment after being diagnosed with MND.

In addition, the betting firm has also paid for the transport costs to Germany to a tune of Sh300, 000 and a further Sh200,000 to support the wife’s business.

Speaking to journalists on Tuesday, when the betting firm visited the former AFC Leopards, Odibets Country marketing manager said the company had come to give a message of hope to the footballer who once graced our Kenyan grounds.

“Today we have visited Ezekiel to bring a message of hope to him and support him by paying his medical bill, said Aggrey Sayi.

For Ezekiel Otuoma’s wife tears rolled freely as she narrated how Odibets help came at the right time.

“This is something we didn’t see coming, we have been praying and asking God to come through for us, I can’t say much but thank Odibets for all they have done for us,” said Ezekiel Otuoma’s wife Rachael.

Early last month, Odibets under the Odimtaani initiative paid hospital bills for Harambee Stars goal keeper Patrick Matasi and his family who had been involved in a road accident.