Jacob Zuma says he’s not going to jail, lashes out at judges 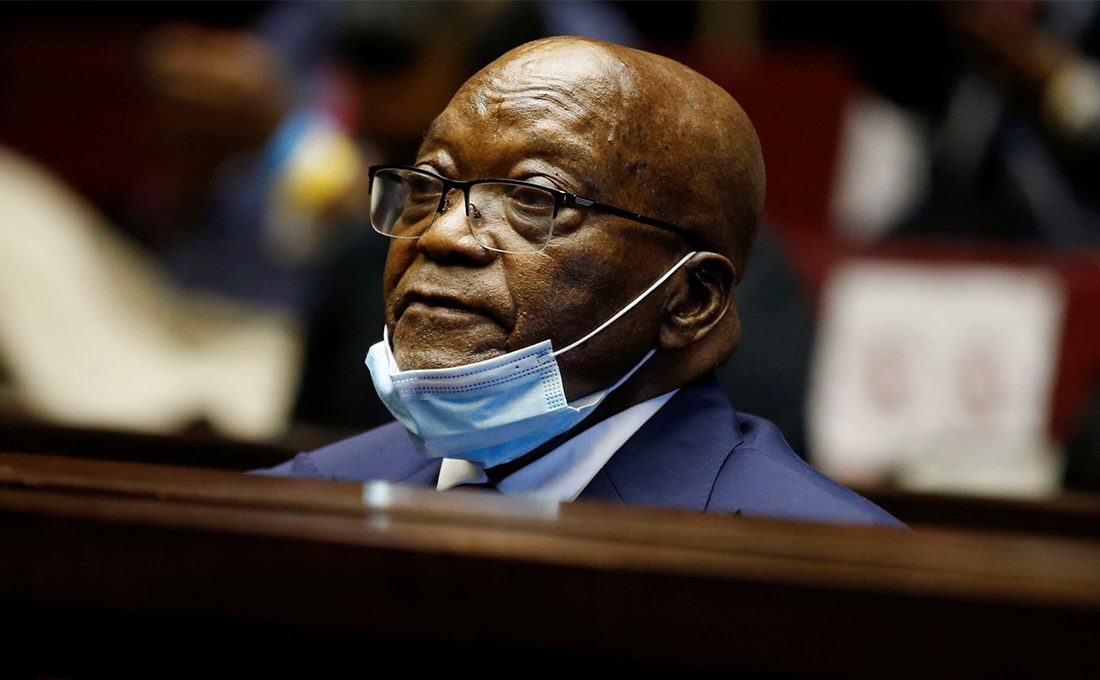 Former South African President Jacob Zuma on Sunday remained defiant he would not go to jail and compared judges who gave him a 15-month jail term last week for contempt of court to the country’s former white apartheid rulers.

“No need for me to go to jail today,” the 79-year-old told journalists at his Nkandla homestead in Kwa-Zulu Natal province, where hundreds of his supporters, some of them armed, were gathered to prevent his arrest.

“Sending me to jail during the height of a pandemic, at my age, is the same as sentencing me to death,” he added.

He also told supporters that his “constitutional rights were abused” by the judges.

The constitutional court sentenced Zuma on Tuesday for contempt of court for failing to appear at a corruption inquiry in February led by Deputy Chief Justice Raymond Zondo.

Zuma has applied for the sentence to be annulled on the grounds that it is excessive and could expose him to COVID-19, and the court agreed to hear his challenge, suspending the jail term until after a hearing on July 12.

But this did not stop Zuma from lashing out at the judges on Sunday.

“The fact that I was lambasted with a punitive jail sentence without trial should engender shock in all those who believe in freedom and the rule of law,” he told journalists.

“South Africa is fast sliding back to apartheid rule.”

Last week’s sentence was seen as a sign of just how far Zuma, once revered as a veteran of the struggle against white minority rule, has fallen since embarking on a presidency beset by multiple sleaze and graft scandals between 2009 and 2018.

The Zondo Commission, set up in 2018, has been looking into allegations Zuma allowed three Indian-born businessmen, Atul, Ajay and Rajesh Gupta, to plunder state resources and traffic influence over government policy. He and the Gupta brothers, who fled to Dubai after Zuma was ousted, deny any wrongdoing.

Zuma also faces charges of fraud, graft and racketeering relating to a $2 billion arms deal in 1999 when he was deputy president. He denies the charges.

On Sunday, the former president reiterated his view that he is the victim of political witch hunt.

Now, some fear the ruling African National Congress could face a serious political crisis between those who back Zuma and others loyal to his successor, President Cyril Ramaphosa, who has campaigned on a pledge to fight corruption.

Vowing to protect Zuma, the protesters camped outside his home called for Ramaphosa to step down.

“As from Monday we will make the country ungovernable,” one angry loyalist said.