Ensure elections are held as per the law, Mudavadi tells IEBC 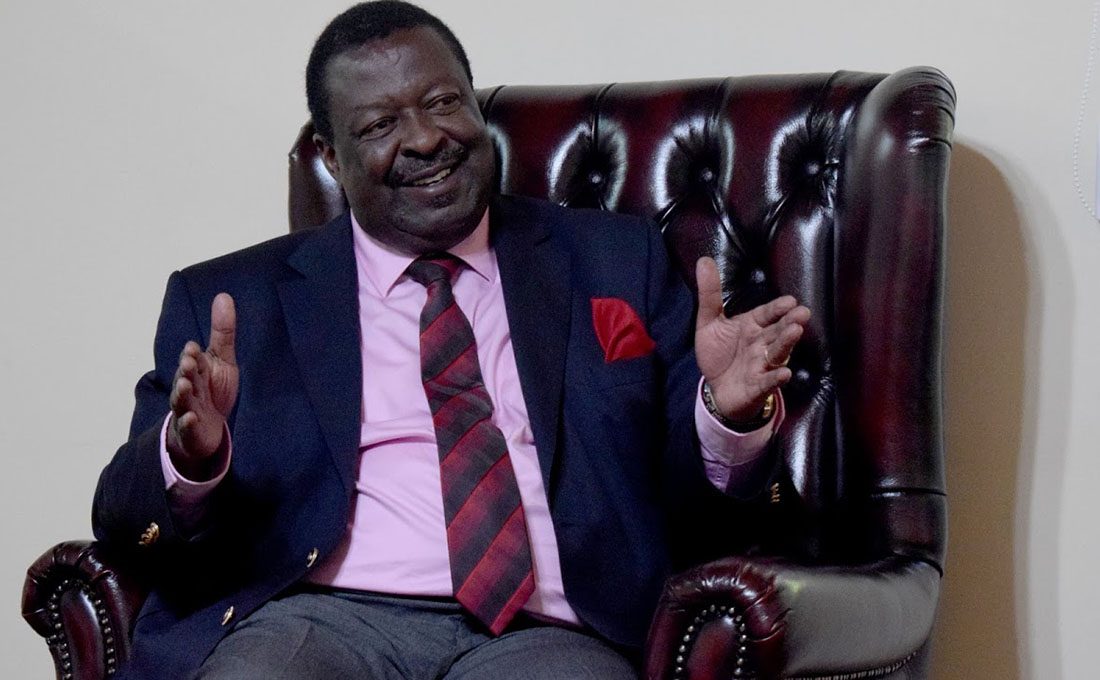 Speaking at a meeting with the Bishop of Nakuru Catholic Diocese, Moris Muhatia, ANC party leader said the law must be followed and adhered to at all times.

Calling on the Church in the country to speak the truth and lead Kenyans in making the right choice in next year’s general election, Mudavadi asked the Church to remain non-partisan in political engagements in the country.

Speaking during the second day of his two-day tour of Nakuru County, Mudavadi said politics of hatred have begun to play out in the cosmopolitan county and the clergy should be in the forefront calling on political leaders to preach peace and not to allow their pulpits be used as a platform by politicians out to play divisive politics.

“The Church should speak the truth and point out where things are going wrong. By so doing, it will help in leading Kenyans to the right path,” said Mudavadi.

He called on Nakuru and the Rift Valley  residents to ensure peace prevailed as the country heads to next year’s general election.

He also challenged the government to solve all land issues that have been the root-cause of chaos during the electioneering period.

“Unresolved land issues have been the source of conflicts in this region leading to terrible ethnic clashes that claim lives. The State should resolve the land issues before elections to avoid clashes. Historical land injustices bestride the area too.”

Speaking during church services at Neema PCEA Church and at the Christ is the King Cathedral Catholic Church on Sunday, Mudavadi said the country’s economy needs to be fixed and his administration will ensure the country is turned from consumption to a production economy that will create jobs for its people should he be elected president.

Bishop of the Nakuru Catholic Diocese Moris Muhatia called on the Amani leader to maintain peace in his campaigns even as he expressed fears that seeds of discord have started to be sown by merchants of divisive politics.

The Bishop said Nakuru being cosmopolitan has suffered post-election chaos in the past and called on politicians to ensure the peace that has prevailed in the past two successive elections periods are maintained through the 2022 electioneering period.

Bishop Muhatia reiterated the need for politicians to follow the rule of law at all times as a good example for the masses they lead.