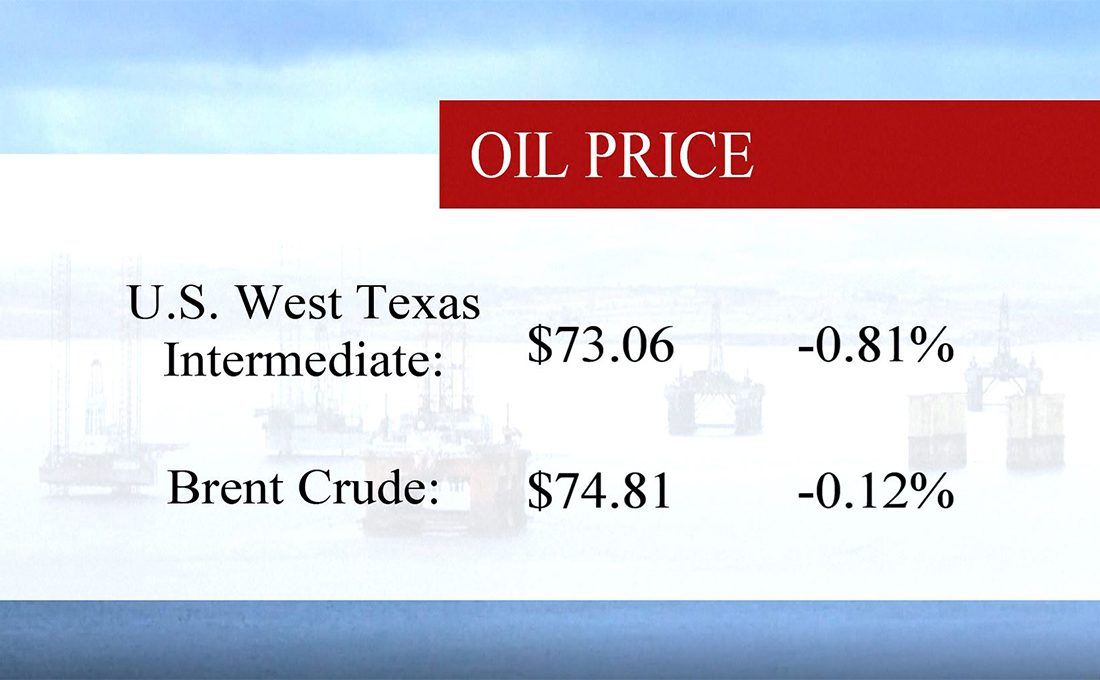 Oil prices declined on Tuesday, giving up some of the gains they had scored in the prior session.

The West Texas Intermediate (WTI) for July delivery lost 60 cents to settle at US$.73.06 dollars a barrel on the New York Mercantile Exchange. Brent crude for August delivery decreased 9 cents to close at US$.74.81 a barrel on the London ICE Futures Exchange.

On Monday, oil prices reaped pronounced gains, with the U.S. crude benchmark and Brent up 2.8 percent and 1.9 percent, respectively.

The positive investor sentiment and the good physical demand as transport activity recovers around the world have supported the oil rally recently, Eugen Weinberg, energy analyst at Commerzbank Research, said in a note on Tuesday.

KBL steps up fight a