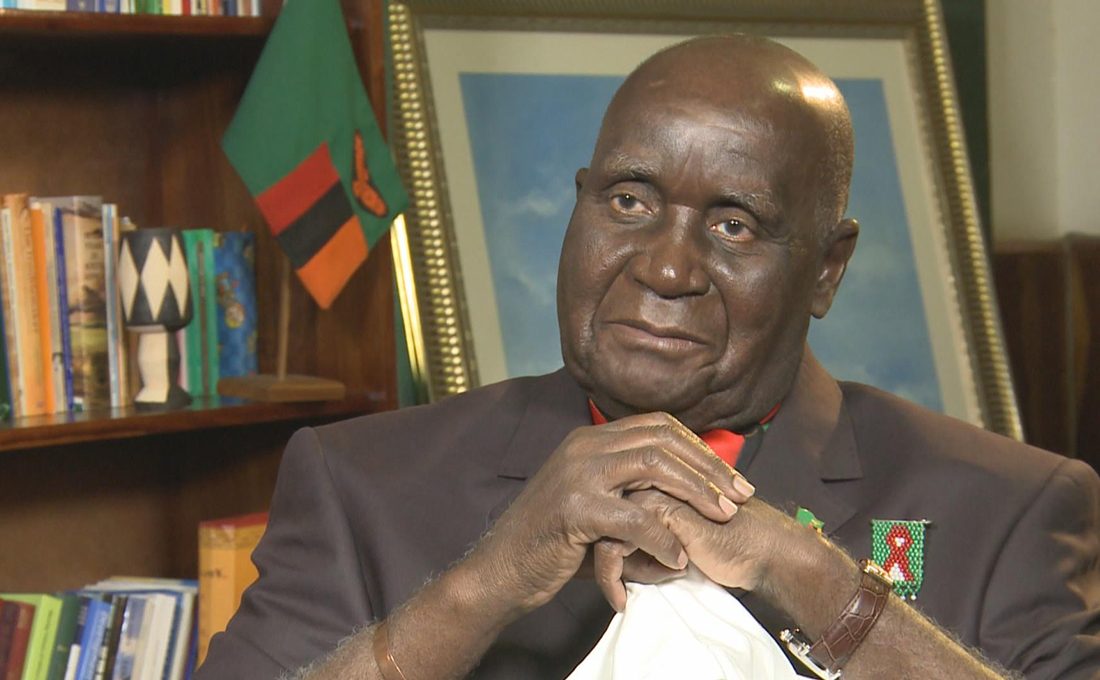 Africa is mourning the death of one of its liberation leaders, Kenneth Kaunda, Zambia’s first independence president who died on Thursday aged 97.

Kaunda ruled Zambia from 1964, when the southern African nation won its independence from Britain, until 1991.

Zambia has declared 21 days of mourning during which flags will fly at half-mast in honour of Kaunda.

Various leaders on the continent and beyond have joined Zambia in mourning, with tributes still pouring in. Many remembering Kaunda’s contribution towards democracy across the continent.

“On behalf of the government and the people of Kenya and on my own behalf, I wish to convey our deepest sympathies and condolences to the government and people of Zambia on the demise of former President Kenneth Kaunda. Former President Kaunda was a great leader, full of wisdom, who remained actively engaged in promoting the interests of the African continent for many years after leaving office,” he said.

“We will always remember and cherish his huge contribution to the welfare of the people of Zambia and Africa as a whole.”

“My heartfelt condolences go to the people of Zambia following the passing of their founding president who was a peace loving person. He stood with us Kenyans during our independence struggle against the British” Odinga said.

She said, “I’m deeply saddened by the passing on of the first President of Zambia, H.E Kenneth Kaunda. Africa has lost a liberation fighter, patriot and a true Pan-Africanist.”

Former Tanzanian President Jakwaya Kikwete remembered Kaunda, fondly known as KK, as a wise leader who gave him counsel when he was president.

“KK will always be remembered for the many good things he has done for his Country, the Southern African region, Africa and humanity at large. I will miss his wise counsel which he used to give when I was President of my dear Country of Tanzania and after retirement,” Kikwete said.

Cyril Ramaphosa of South Africa described the late Kaunda as the father of Africa’s independence and unity and a source of inspiration. He said.

“This evening we bow our heads in grief at the passing of Kenneth Kaunda, a source of inspiration and resilience. He is revered as the father of African independence and unity. RIP KK.”

U.K Prime Minister Boris Johnson on his twitter, sent his condolences to the people of Zambia.

“Saddened to learn of the death of Kenneth Kaunda. We send our deepest condolences and our thoughts are with the people of Zambia at this difficult time.” He said.