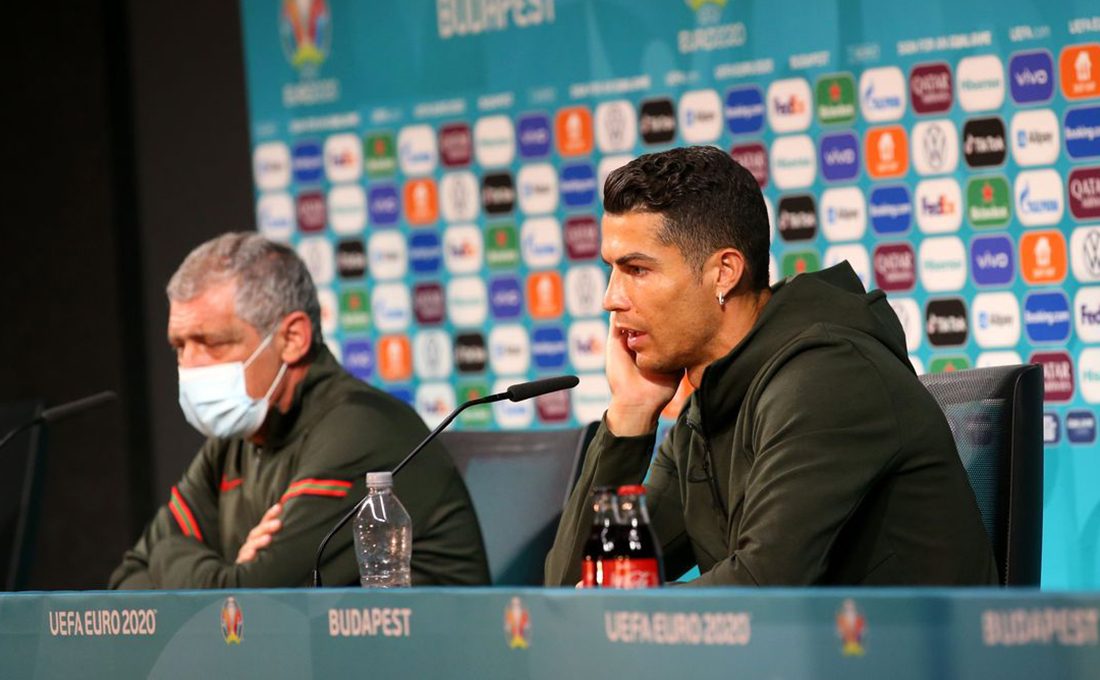 Coca-Cola’s shares fell by Ksh.431.2 billion after Portugal and Juventus football star Cristiano Ronaldo removed two of the company’s bottles during a press conference at the ongoing European Championship tournament.

Cristiano then went ahead to hold a bottle of water to encourage people to drink more water.

The former Manchester United icon was giving his pre-game presser before Portugal’s Group F game against Hungary in Budapest.

Following the incident, Coca-Cola which is one of the tournament’s official sponsors said “everyone is entitled to their drink preferences” with different “tastes and needs”.

A tournament spokesman said “Players are offered water, alongside Coca-Cola and Coca-Cola Zero Sugar, on arrival at our press conferences.”

The football icon’s actions who is the most followed athlete on social media platforms caused an online uproar with others going back to an advert promoting the 2006 World Cup in Germany that showed the Portugal skipper promoting Coca-Cola.

The Portuguese star who turned 36 in February has always attributed his fitness to quality diet.