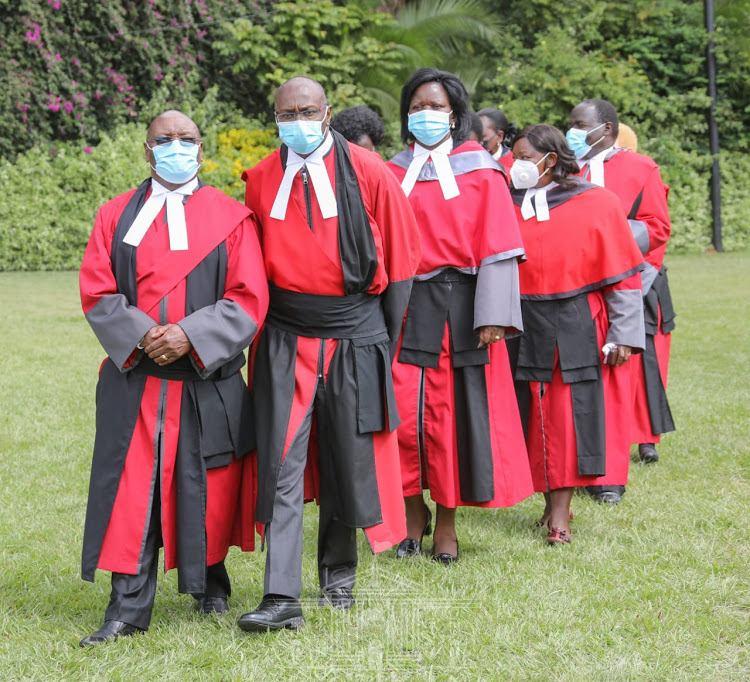 In a statement, CJ Koome said there was a dire need for the six judges as the backlog of cases is mounting.

“The 34 Judges have today (Friday) taken their oath of office witnessed by H.E the President. I note with great concern that 6 persons who were recommended by the JSC for appointment were not gazette,” said CJ Koome.

She went on to say that, “the Judiciary is still in dire need as the backlog of cases is increasing. We should find a lasting solution so that moving forward, this kind of delay and misunderstanding will be a thing of the past,” said CJ Koome.

CJ Koome gave the example of what happened in January 2014, when the Judicial Service Commission (JSC) recommended the appointment of 25 nominees as judges, and in June 2014, the President initially appointed 11 of them and subsequently appointed the remaining 14.

“Respect for the rule of law and the independence of the Judiciary is guaranteed under the Constitution. No person or authority is allowed to direct the JSC or the Judiciary in the execution of their mandate,” she added.

President Kenyatta gazetted 34 of the 40 judges he had been pressed to appoint since 2019 during the tenure of the immediate former CJ Dvid Maraga.

The 34 judges took their oath of office on June 4, in a ceremony that was attended by CJ Koome and presided over by the President at State House, Nairobi.

Among the judges rejected include justices Aggrey Muchelule, George Odunga, Weldon Korir and Joel Ngugi who had been recommended for the Court of Appeal.

Justices Ngugi and Odunga were part of the High Court bench that slammed breaks on the Building Bridges Initiative (BBI) Bill by terming it unconstitutional, null and void.

In mid-2020, Maraga tried to push the President to appoint the names forwarded to him but he did not receive any response from the executive.

Maraga lashed out at the executive for ignoring his calls, citing the constitution which he said, the President had an obligation to appoint the names received from JSC.

Maraga said President Kenyatta’s refusal to swear in the judges had contributed to the backlog of cases currently being experienced in the Judiciary.

“You know I have respect for you as our President, you also know that I have unsuccessfully sought an appointment with you to sort out these issues but it has been futile leaving me with no option but to make this public,” he said.

And now, CJ Koome’s call to the President comes as a seven-judge bench is set to hear an appeal by the President, Orange Democratic Movement (ODM) leader Raila Odinga, the Attorney General, and Independ Electoral and Boundaries Commission (IEBC) following the nullification of the BBI process.