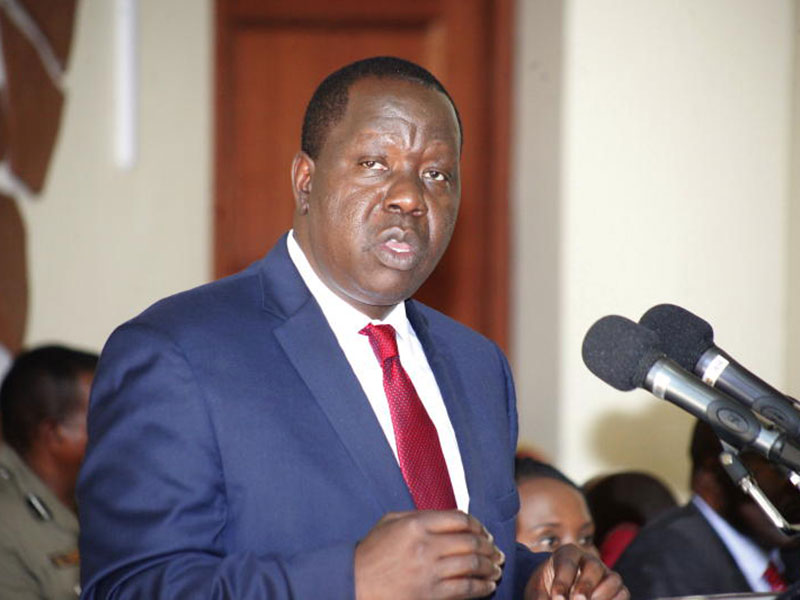 The Government has extended the current nationwide night curfew by 60 days.

In a legal notice, Interior Cabinet Secretary Dr. Fred Matiang’i said the 10 PM-4 AM movement restrictions will remain in place until July 27.

“This Order shall apply during the hours of darkness between ten o’clock in the evening and four o’clock in the morning with effect from the May 28, 2021 and shall remain in effect for a period of sixty days thereof,” read a legal notice dated May 28, 2021, signed by Interior CS Fred Matiang’i.

Public gatherings including political rallies remain banned as the government intensifies efforts to keep the virus at bay.

Health Cabinet Secretary Mutahi Kagwe has previously warned that the country should prepare for a possible fourth wave.

“We are asking county governments to boost their oxygen capacity, to do piping at their facilities wards. Prepare with supply of oxygen beyond what we currently have,” said Kagwe last week.

Kenya has witnessed a significant drop in daily infections, with the country recording 162 new cases on Sunday, according to the National Emergency Response Committee on Coronavirus (NERCC).

Official data further shows that total recoveries are now at 116,776 after 643 more patients recovered from the disease on Sunday.

The Ministry of Health also announced 16 more deaths, raising the death toll to 3,157. The 16 facilities, according to NERC, were picked from facility audit records conducted on diverse dates in April and May.

Currently, 1,225 patients are in various health facilities countrywide, while 4,724 patients are on Home Based Isolation and Care.

The number of patients fighting for their lives in the Intensive Care Units is below 100. Government figures show that only 93 patients are in ICUs across the country. “Another 85 patients are separately on supplemental oxygen with 79 of them in general wards and 6 in High Dependency Units (ICU),” read NERC statement on Sunday.

By Saturday, May 29 ,968,733 people had been vaccinated against COVID-19. On Friday, Kenya received 72,000 doses of the AstraZeneca vaccine from COVAX, which were donated by South Sudan.