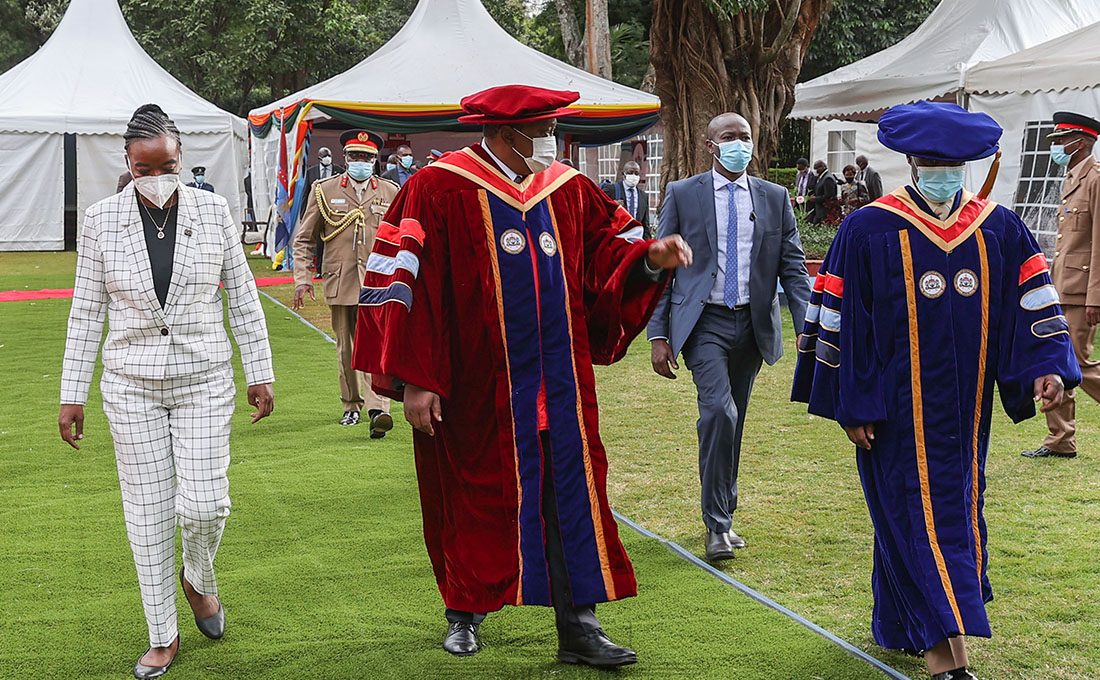 President Uhuru Kenyatta on Thursday awarded a charter to the National Defence College, making the military institution the first specialist university in the country under the Universities Act of 2012.

The new National Defence University-Kenya (NDU-K) will offer graduate and post-graduate training to local and foreign, military and civilian leaders on current and emerging security challenges.

Speaking during the award ceremony at the institution in Karen, Nairobi County, the President said NDU-K will fortify the country’s defence forces and improve their skills in military and civil diplomacy.

Besides training military leaders, Kenyatta noted that the facility will lay the foundation for the Kenya Defence Forces (KDF) to contribute more to internal civil needs such as humanitarian response.

“As you know, our country has suffered a lot from terrorist attacks in the past few years; not to mention the threats posed by transnational organised crimes and intra-state conflicts.

“Physical attacks are not our only threats; there are virtual threats to our security as well such as cyber-warfare and hostile takeover of state electronic systems,” the President said.

The Head of State assured of the Government’s commitment to supporting NDU-K meet its training, research and service goals.