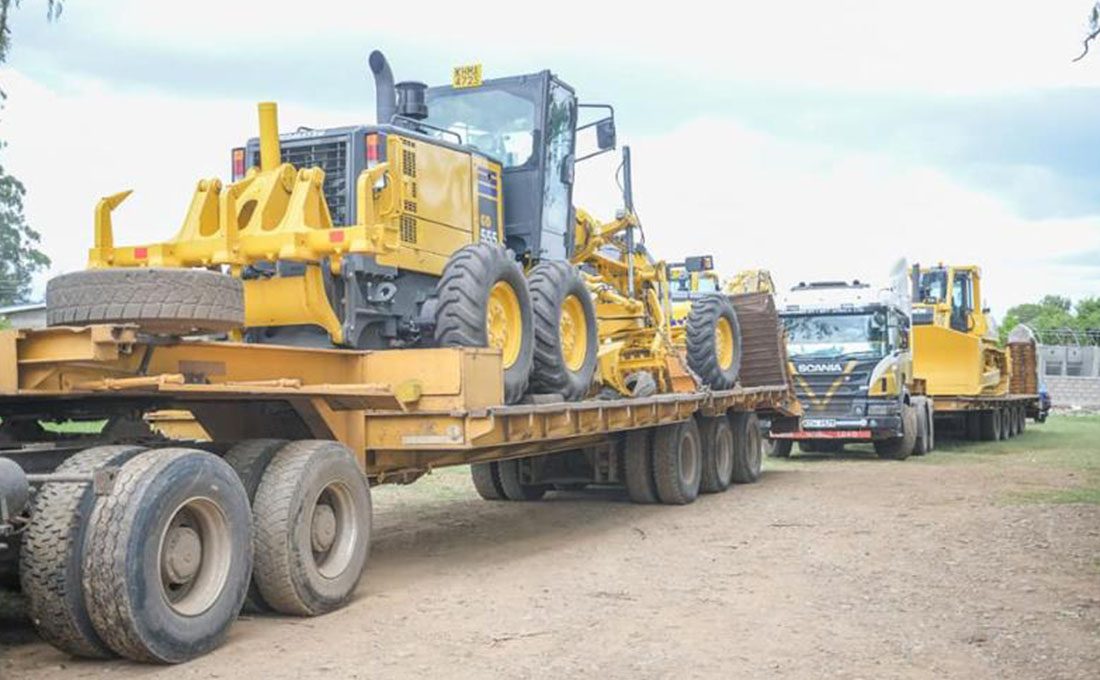 Laikipia County Government unveiled its second batch of road construction equipment acquired under the leasing program at a cost of Ksh.400 million.

Laikipia Governor Ndiritu Muriithi, while receiving the cohort of the road construction equipment consisting of a grader, excavator, compactor, tipper lorry and water a bowser said his administration was keen on improving infrastructure in the county by upgrading the more than 7,000 kilometres of road network in the area.

“Leasing is the way to go if we have to build more roads for if we had to buy this equipment in cash we would have to part with hundreds of millions which our budget cannot sustain, so we settled for leasing which is much cheaper,” Muriithi said.

The leasing programme would help end a perennial problem in government, where vehicles and such equipment lay grounded for years for lack of funds to maintain or repair them.

“When you lease maintenance is a major component of the agreement between us and the leasing company since they take care of all maintenance costs making the equipment available for use all the time,” he said.

Since Muriithi took office, his administration embraced leasing of equipment in 2019, a total of 848.8 kilometres of road network had been graded and 388.59 kilometres gravelled as of May 15, 2021.

“Since we received our first batch on 9th October 2019, two graders, one excavator, 5 tippers and a subsequent delivery of two water bowsers as well as two rollers, we have witnessed an accelerated progress in road construction within our vast County,” he added.

“If we were doing it with contractors, we would have required to part with about Sh100 million for just fewer roads, but with leased equipment, we are able to do more roads at a cheaper rate.”

Dan Odongo, Director of Leasing at Absa Bank, which has financed the leasing programme, said that the financial institution had so far injected Ksh.600 million into the deal in both tranches.

“In 2019 during the initial lease, we injected Ksh200 million and now we have come in a big way to pump Sh400 million payable within a period of five years,” Odongo said.

On the other hand, Robert Nyasimi, Chief Executive Officer Rentco Company which has leased the equipment to the County Government, said that leasing equipment was a cheaper option for many organizations both in the private and public sector.

“I would encourage more counties to embrace this form of acquiring equipment to achieve faster development. So far we are also leasing to Narok and Kiambu counties,” Nyasimi said.

He added that the leasing company takes care of the insurance and maintenance of the leased equipment for the entire period of the contract, thus giving the user peace of mind as they utilize the same.