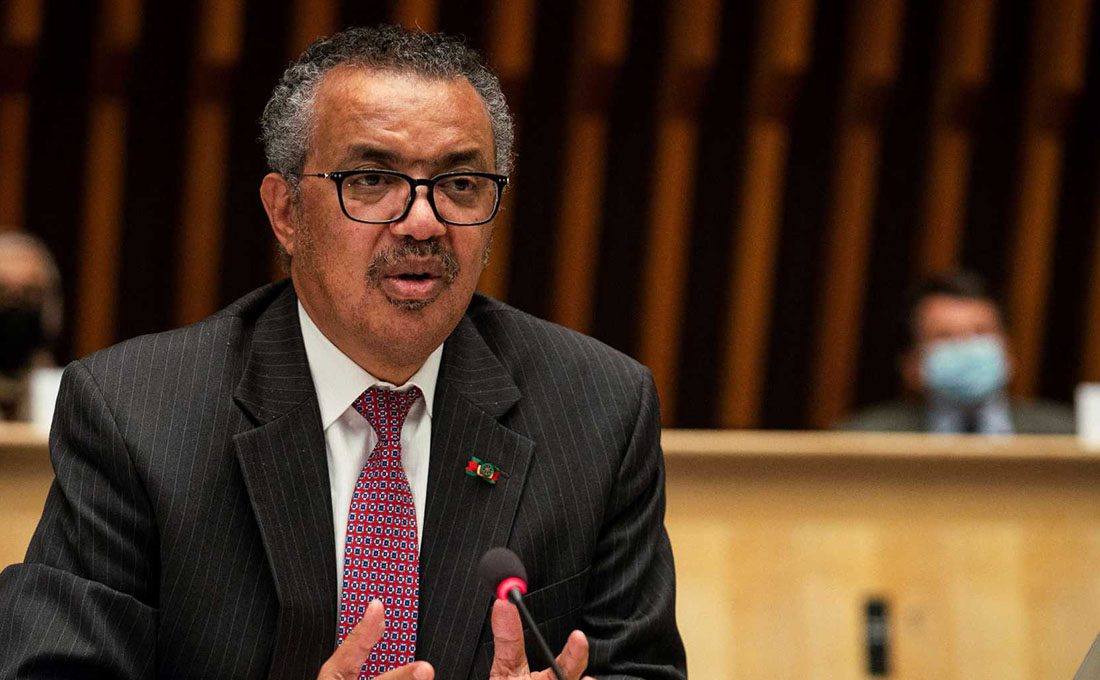 World Health Organization Director-General Dr. Tedros Adhanom Ghebreyesus is calling on the vaccination of at least 10 percent of global populations in all countries across the world by September and 30 percent by December, 2021.

Speaking during the 74th World Health Assembly on Monday, Dr. Tedros, called out developed economies for hoarding vaccines at the expense of developing countries.

“More than 75 percent of all vaccines have been administered in just 10 countries. There is no diplomatic way to say it: a small group of countries that make and buy the majority of the world’s vaccines control the fate of the rest of the world,” he said.

According to Dr Tedros, the greatest driver of COVID-19 globally has been lack of solidarity. Dr Tedros points out that there has been minimal sharing of data, information, pathogens, resources and technology. Amid the pandemic, global inequality has been on the rise.

On his twitter page, Dr Tedros says a small group of countries that make and buy the majority of the vaccines control the fate of the rest of the world. Dr Tedros notes that if anyone is left behind, all are held back. If the most vulnerable is first to be protected, then we all win.


“The number of doses administered globally so far would have been enough to cover all health workers and older people, if they had been distributed equitably. We could have been in a much better situation,” he continued.

In his opening remarks at the World Health Assembly, Tedros said despite vaccines flowing into Africa, the number of COVID-19 vaccine doses available to the WHO’s COVAX program remains vastly inadequate. He said 125 countries and economies have received 72 million doses through COVAX so far, but those doses are sufficient for barely 1 percent of the populations of those countries and economies combined.

“Today I am calling on Member States to support a massive push to vaccinate at least 10 percent of the population of every country by the end of the coming September, and a ‘drive to December’ to achieve our goal of vaccinating at least 30 percent by the end of the year. This is crucial to stop severe disease and death, keep our health workers safe and reopen our societies and economies,” said the WHO chief.

According to our World Data, more than 1.67 billion vaccine doses have been administered worldwide, equal to 22 doses for every 100 people.  On a daily basis, 28 million doses are administered. However, there is already a stark gap between vaccination programs in different countries, with some yet to report a single dose. For example, Africa as a continent has only received 18 million doses of the vaccine so far with four African countries yet to begin the vaccination process.

Ahmed Ogwell, Deputy Director of the Africa CDC, said that he is concerned about the inequality of the COVID-19 vaccine distribution. Dr. Ogwell spoke to CGTN.

“If vaccine nationalism is to be addressed; if the many policies of restricting export of vaccines were to be lifted; if the vaccines that are being produced were to be immediately distributed to where is needed the most, achieving 10 percent by September is possible, in fact, we can surpass it because production is going on 24-7. The issue is getting those vaccines to goes who need it. And if that can be what will be the result, then we can be able to reach that target. And our target as Africa CDC for the Africa continent is that by mid of next year 60 percent of the African population. Ten percent by September is possible so long as we move the barriers to access vaccines in Africa,” he said.