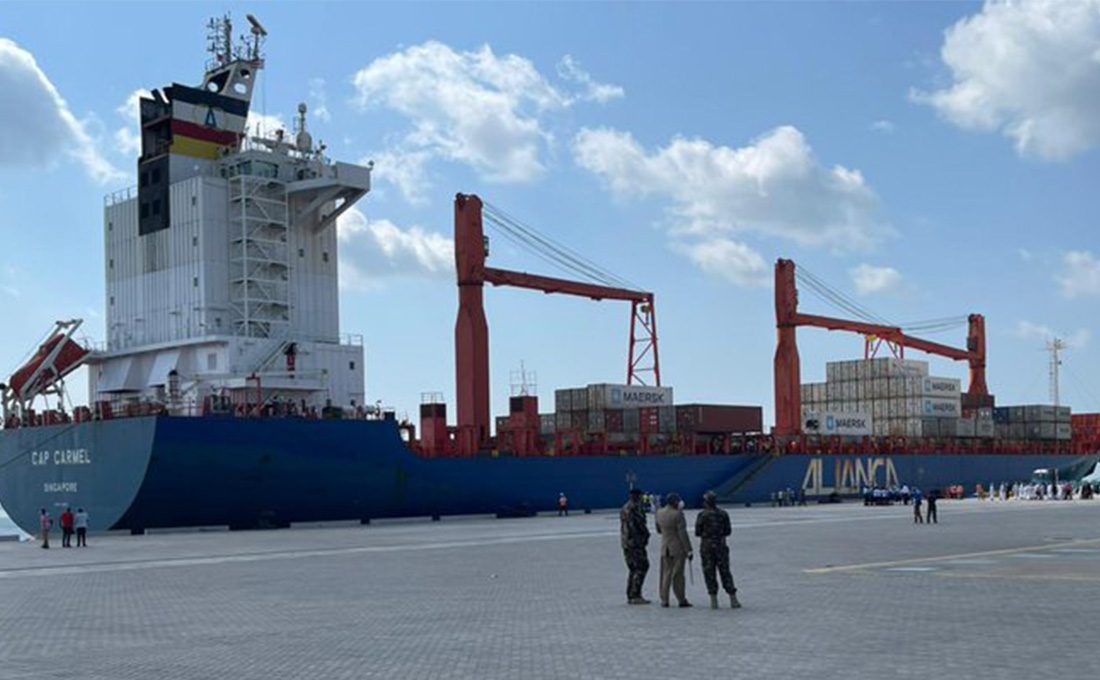 Listed Agro-business firm, Kakuzi PLC has emerged among the first users of the newly launched Port of Lamu with an inaugural 80-ton cargo of Avocados destined for France.

Fresh Avocados grown at the Kakuzi PLC Makuyu orchards are part of the cargo loaded on cargo Ship, MV Seago Bremerhaven which docked at the Port of Lamu on its way to France.

Each container is a 40-foot shipping container with a controlled atmosphere cooling system that keeps the air at 6 degrees and scrubs the air to prevent the fruit from ripening before it arrives. On average, each container holds about 20,000 kilos of fruit packed into 4-kilo cartons. There are about 5,200 cartons in each container.

He said the operationalization of the port provides wider benefits for agribusiness firms that import farm inputs and export produce.

“As a truly Kenyan agribusiness firm, we are excited at the operationalisation of the first berth at the Port of Lamu. This development begins to crystallise the Lamu Port-South Sudan-Ethiopia-Transport Corridor project, which will benefit Kenyan producers immensely and congratulate the Government and the Kenya Ports Authority among the other development partners for this milestone,” Flowers said.

The firm indicated that it will invest more than KSh. 400 million in capital expenditures (CAPEX) this year while focusing on upscaling its smallholder operations value to complement its production capacities and boost the global positioning of Kenyan avocados.

Alongside the smallholder development plans, the firm focuses on agricultural production expansion and diversification projects for its Macadamia, Blueberry, Livestock and commercial forestry business lines.

Kakuzi PLC operates in two separate locations in Kenya, with its main operation and Head Office at Makuyu, Murang’a County while its tea estates are situated in Nandi Hills, Nandi County.