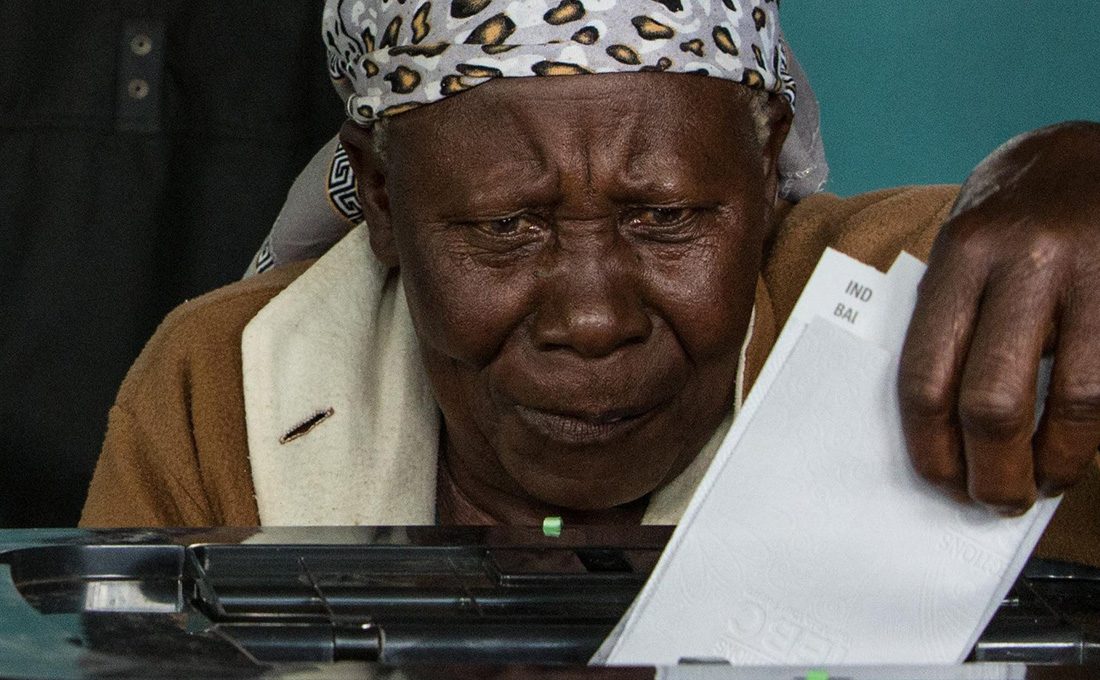 Chaos rocked vote-tallying in the Juja parliamentary by-election, prompting the Independent Electoral and Boundaries Commission (IEBC) to suspend the exercise.

The process is resumed Wednesday morning after normalcy was fully restored.

Chebukati  said the acts of hooliganism made it impossible for the tallying process to proceed and assured voters that the election material and results brought in by the presiding officer had been secured by the Commission.

Chebukati said it was not within the Commission’s responsibility to secure the tallying process, pointing the accusing finger at the police.

“The Commission regrets the developments as maintenance of law and order during elections is not its mandate,” Chebukati stated.

The mini poll was characterized by low voter turnout.

The top contenders for seat at Wakapee’s widow Susan Njeri who vied on Jubilee party and George Koimburi of People’s Empowerment Party (PEP).