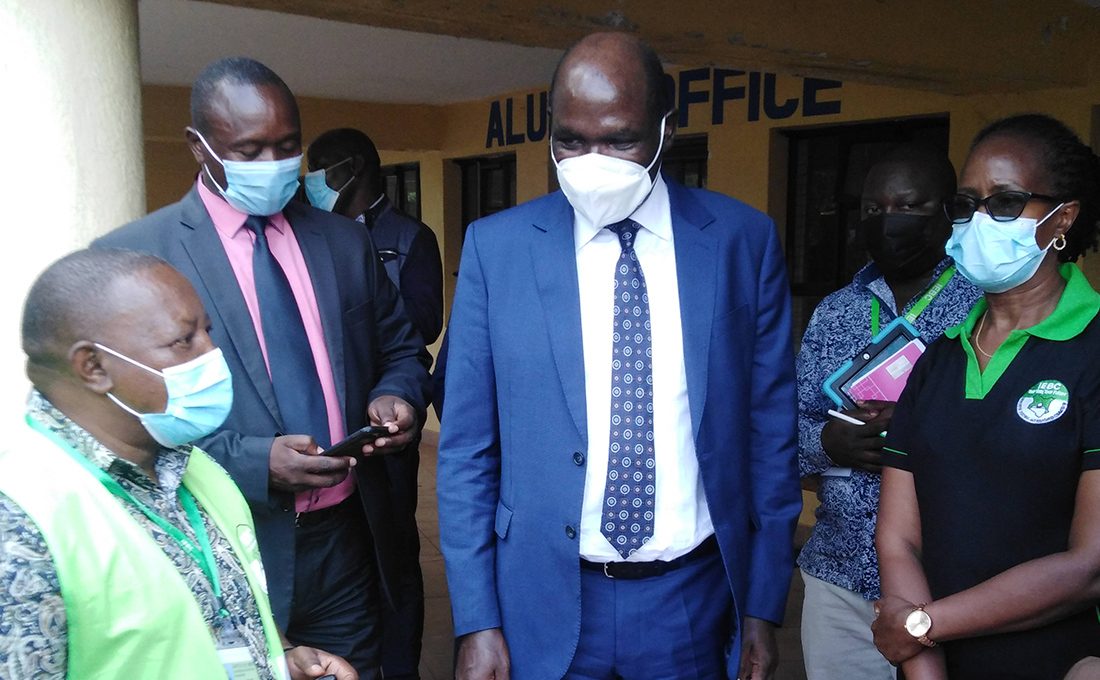 The Independent Electoral and Boundaries Commission (IEBC) is in the process of lodging an appeal with regard to Thursday’s High Court ruling on the IEBC’s legality and constitutionality in relation to quorum.

IEBC Chairman, Wafula Chebukati said the Commission will meet on Thursday with their lawyers to discuss the matter before they move to appeal the judgement.

On Thursday, a five-bench judge, while declaring the Building Bridges Initiative (BBI) null and void, also restrained IEBC from undertaking any processes in respect to the amendments.

The judges ruled that IEBC lacked the quorum of carrying out its mandate, including verification of BBI signatures.

Speaking at Mangu High School ahead of Juja Constituency’s By-election, Chebukati said the judgement relied on the commission’s statute of having five members as quorum but not the constitution that provides for three.

“There are two conflicting judgements on what constitutes our quorum which we would like the Court of Appeal to shed light on. We want to know should we rely on the statute or the law,” said Chebukati.

At the same time, the IEBC Chairman ruled out any crisis at the Commission, saying Thursday’s ruling gave them stay orders to perform its mandate with regard to the proposed referendum.

On Juja Constituency By-election’s preparedness, Chebukati said it is all systems go, as voting materials, Returning Officers, clerks and biometric kits are already in place.

He said they will be working closely with security officers to avert possible violence as witnessed in other by-elections that were recently conducted in Matungu Constituency.

The Chairman said their staff have been adequately prepared to conduct the by-elections in Juja and Bonchari, asserting that they will be able to deliver free and fair credible elections.

Juja Constituency has 184 Polling Stations and about 115,000 registered voters, according to the Returning Officer, Justus Mbithi.

The race has attracted 11 candidates who are seeking to replace the late Juja MP, Francis Waititu ‘Wakapee’, who succumbed to brain cancer in February.

Among those seeking to succeed ‘Wakapee’ include her widow, Susan Waititu, who has vied on Jubilee Party ticket and Gorge Koimburi (People’s Empowerment Party-affiliated to Gatundu South MP Moses Kuria).

Battle to save BBI m