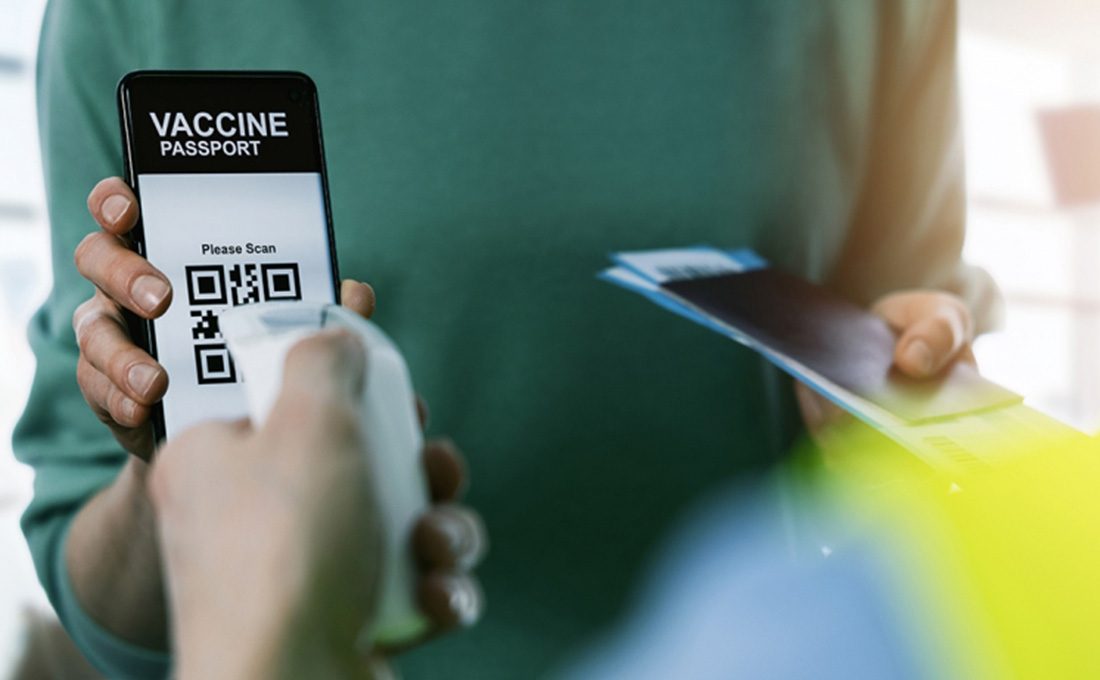 The strongest support was in Malaysia and Peru where 92 percent and 90 percent of people backed vaccine passports for travel respectively.

However, 58 percent of Poland citizens were the least enthusiastic about the idea.

Globally, 67 percent think COVID-19 passports should also be compulsory in public venues like stadiums and concert halls with the strongest support in India, Chile and Malaysia all at 84 percent support while in Russia and Hungary only 31 percent and 47 percent agreed they were necessary.

According to the Ipsos survey, two-thirds of those surveyed say they expect vaccine passports to be in widespread use in their country by the end of this year, although there were wide variations in opinions ranging from 81 percent in India and Peru to 32 percent in Russia.

55 percent of the respondents say that people entering shops, restaurants and offices should also be required to carry a vaccine passport. The idea was least popular in Russia at 20 percent and the strongest support was in India where 78 percent backed this measure.

Further, a second World Economic Forum-Ipsos Survey of 15,000 people in 12 countries, found sharply divided opinions about how long vaccine passports should be required.

Almost a third said they should be used for only a few months, 32 percent were happy to see them in use up to the end of the year, 23 percent thought they should remain in use for several years and 13 percent indefinitely.

The strongest support for retaining them for only a few months came from Spain at 54 percent and Mexico at 48 percent while Japan was the only nation where a majority supported requiring vaccine passports for several years or indefinitely.

When asked in the same survey if they thought only people who had been vaccinated should be allowed to take part in events involving large groups like using public transport, flying or attending sporting and cultural events, more than half which is 54 percent agreed with this restriction.

Support for banning the unvaccinated from public events and transport was strongest in Brazil, the United States and Canada where more than six in 10 backed the idea.

However, globally, 46 percent think limiting freedom in this way is unfair to those who have not been vaccinated, with the strongest objections being from France 57 percent, Spain 55 percent, Japan 53 percent, and Germany 53 percent.

According to the World Health Organization (WHO), 1.36 billion doses of vaccines have been administered in more than 175 countries. 328 million have been fully vaccinated accounting for 4. 2 percent of global population. Data shows that roughly 22.3 million doses are administered in a day.

Enough doses have now been administered to fully vaccinate 8.9 percent of the global population. However, the distribution has been challenging. Countries and regions with the highest incomes are getting vaccinated about 25 times faster than those with the lowest.

While major economies race to vaccinate its masses and inch closer to using COVID-19 Vaccine passports, a majority of emerging and developing economies are struggling, having vaccinated below 3 percent of their population thus making vaccine passports a far fetched dream.