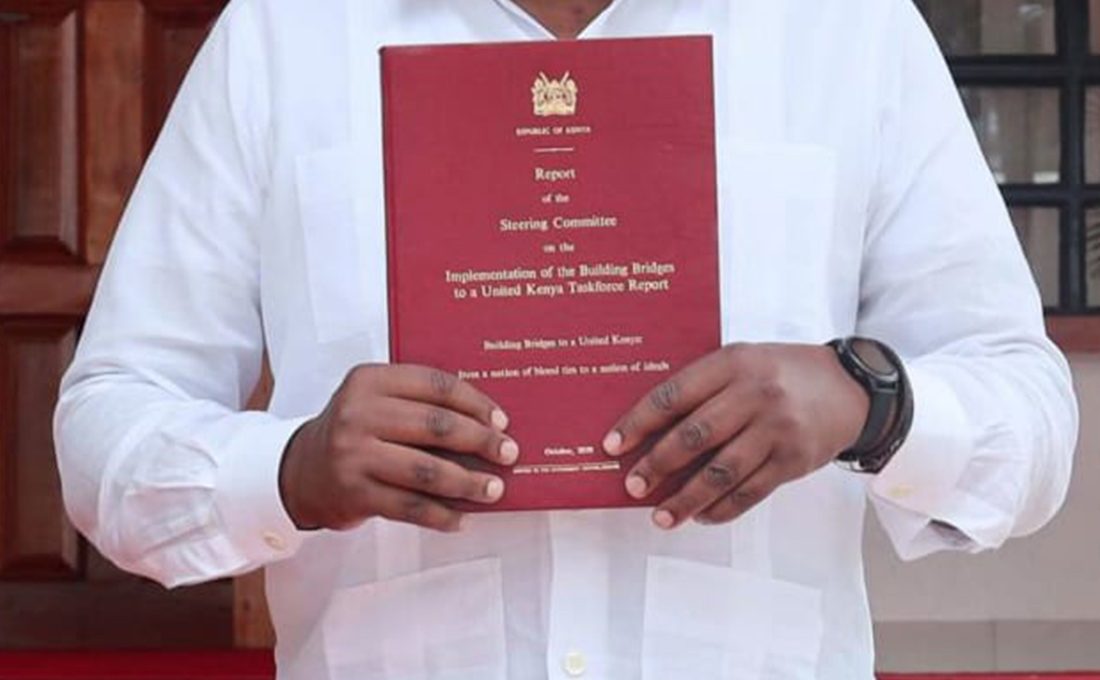 The High Court will today determine the future of the Building Bridges Initiative (BBI) Referendum push, when it announces its determination on petitions that were filed before it, challenging constitutional amendments proposed through the BBI bill.

A five-judge bench is set to deliver the ruling virtually at 2:30 PM local time.

In February 2021, the High Court barred the Independent Electoral and Boundaries Commission (IEBC) from preparing for a plebiscite on the Constitution of Kenya (Amendment) Bill, 2020.

“We believe that it is in the public interest that appropriate conservatory orders be granted. Consequently, we hereby order that a conservatory order be and is hereby issued restraining IEBC from facilitating and subjecting the Constitution Amendment Bill 2020 to a referendum,” the order read.

The petitioners argue that the BBI-sponsored Constitutional Amendment Bill alters the structure of the country’s constitution, is illegal and not a people-driven initiative to warrant a referendum.

The High Court ruling comes days after the National Assembly and the Senate overwhelmingly endorsed the BBI Bill.

235 Members of Parliament voted in favour of BBI, against the 83 votes on the second reading.

At the third reading, 224 MPs approved the Bill as 63 gave it a thumbs down.

In the Senate, 51 of the 67 senators voted in favour of the bill with 11 rejecting the document.

Lawmakers supporting the Constitution of Kenya (Amendment) Bill, 2020 cite resource allocation, inclusivity and disbursement of more funds to counties among the reasons for supporting the bill.

The anti-BBI brigade has poked holes into the entire process, saying it was unconstitutional and that a referendum is not a priority for Kenya, which is battling a third wave of the COVID-19 pandemic.

Should the Court give the IEBC the greenlight to prepare for a referendum, the elections body would have to work within tight timelines, with a general election coming up in 1 year and 3 months.

National Assembly Speaker, Justin Muturi and his Senate counterpart, Kenneth Lusaka are yet to transmit the Bill jointly to President Uhuru Kenyatta, who will then make a decision, depending on the Court’s decision today.