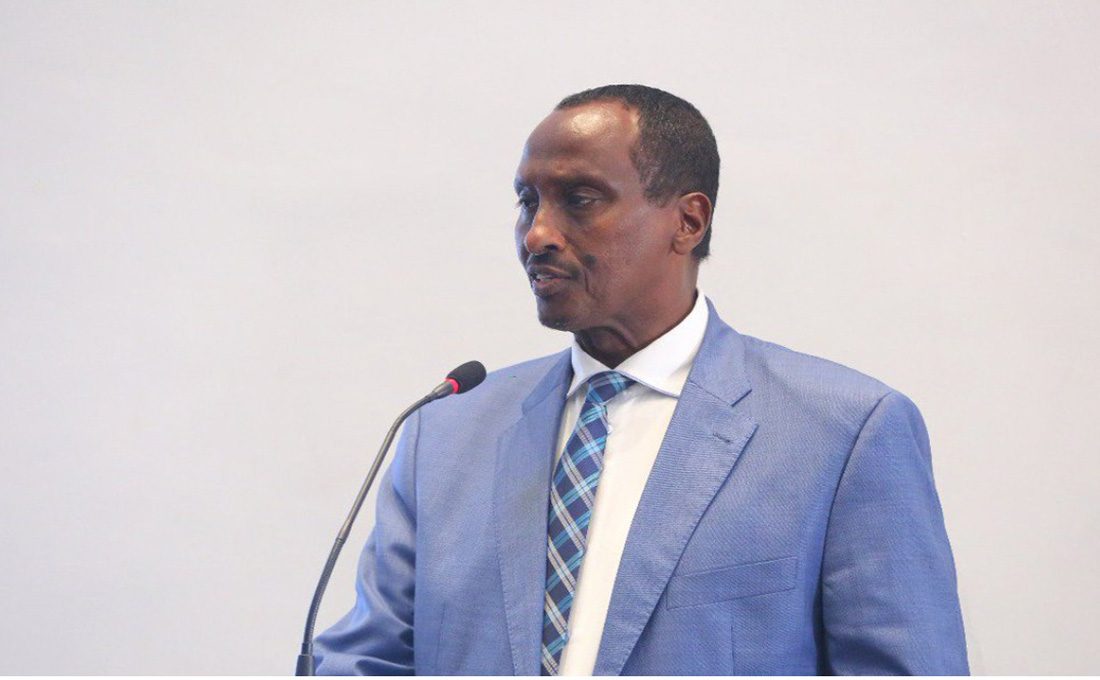 The impeachment trial of Wajir County Governor, Mohamed Abdi Mohamud has begun at the Senate.

An 11-member Senate Committee chaired by Nyamira Senator, Okongo Omogeni, who is the Chairman of the Senate’s Justice and Legal Affairs Committee, is leading the Senate’s impeachment proceedings against him.

The Members of the County Assembly (MCAs) have accused the county chief of gross violation of the Constitution, abuse of office and gross misconduct.

They allege that Mr. Abdi committed several procurement irregularities, and that his administration awarded tenders linked to family members. Governor Mohamud is also accused of allowing his wife to run county affairs.

“It is an open secret in Wajir County and far beyond its borders that Mrs. Kheira Omar is the supreme leader of the county and it is always her way or the highway,” reads the charge sheet in part.

The Wajir Governor has denied all the charges leveled against him.

37 out of 47 Wajir MCAs voted to kick out the Governor. 28 Senators voted in support of the handling the impeachment proceedings through a Senate Committee while 14 favoured the plenary route in investigating the matter.

The impeachment proceedings against the Wajir Governor come nearly a year after Kirinyaga Governor, Anne Waiguru survived an impeachment motion against her in June 2020 after the Senate quashed the motion seeking to send her home on grounds of abuse of office and gross misconduct.

In January 2020, Senators upheld the impeachment of the then Kiambu Governor Ferdinand Waititu Baba Yao, after MCAs voted to oust him on the basis of gross violation of the constitution, abuse of office and crime under the national law.