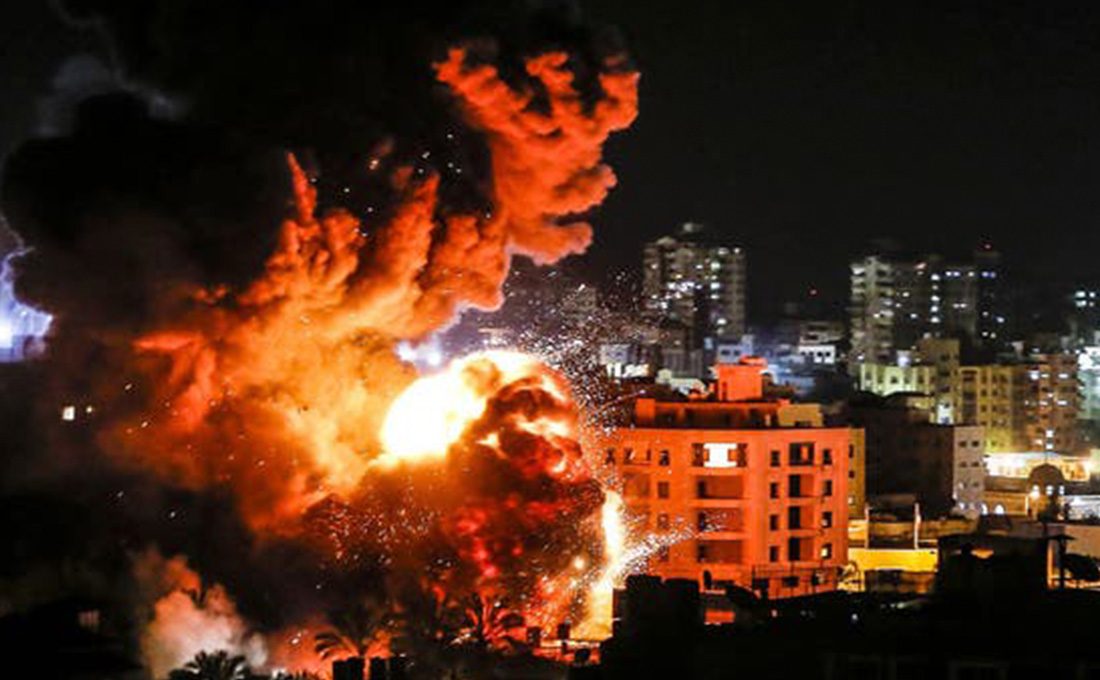 The United Nations (UN) has urged Israel to exercise restraint amid escalating tensions with Palestine. This follows Israeli airstrikes and days of clashes between protesters and Israeli security forces.
UN spokesperson Stephane Dujarric said, “The Secretary-General is gravely concerned by the serious escalations in the Occupied Palestinian Territory and Israel, including the latest escalation in Gaza, which add to the heightened tensions and violence in occupied East Jerusalem”.

The escalating violence is linked to the potential eviction of Palestinian families from East Jerusalem by Israeli settlers.
The Secretary-General “is deeply saddened to learn of the increasingly large numbers of casualties, including children, from Israeli airstrikes in Gaza, and of Israeli fatalities from rockets launched from Gaza,” said Dujarric.
“Israeli security forces must exercise maximum restraint and calibrate their use of force. The indiscriminate launching of rockets and mortars towards Israeli population centers is unacceptable. This spiraling escalation must cease immediately,” said Dujarric.
Arab League (AL) Secretary-General, Ahmed Aboul-Gheit on Tuesday also condemned the Israeli’s airstrikes in the Gaza Strip that left 26 Palestinians killed, including nine children.
“The random and irresponsible attacks by the Israeli forces are conducted based on internal political criteria,” Aboul-Gheit said in a statement.

His remarks and those of the UN Chief came even as Israeli Prime Minister, Benjamin Netanyahu warned on Tuesday that the strength and frequency of the Israeli Defence Forces (IDF) retaliatory attacks on key targets in Gaza will be “increased”.

According to Israeli media reports, IDF says it conducted retaliatory strikes on about 130 targets in the Gaza Strip, including the home of a top Hamas commander, Hamas’ intelligence headquarters, two attack tunnels that came near the security barrier and rocket production and storage sites.