Man United to tighten security ahead of Leicester, Liverpool games 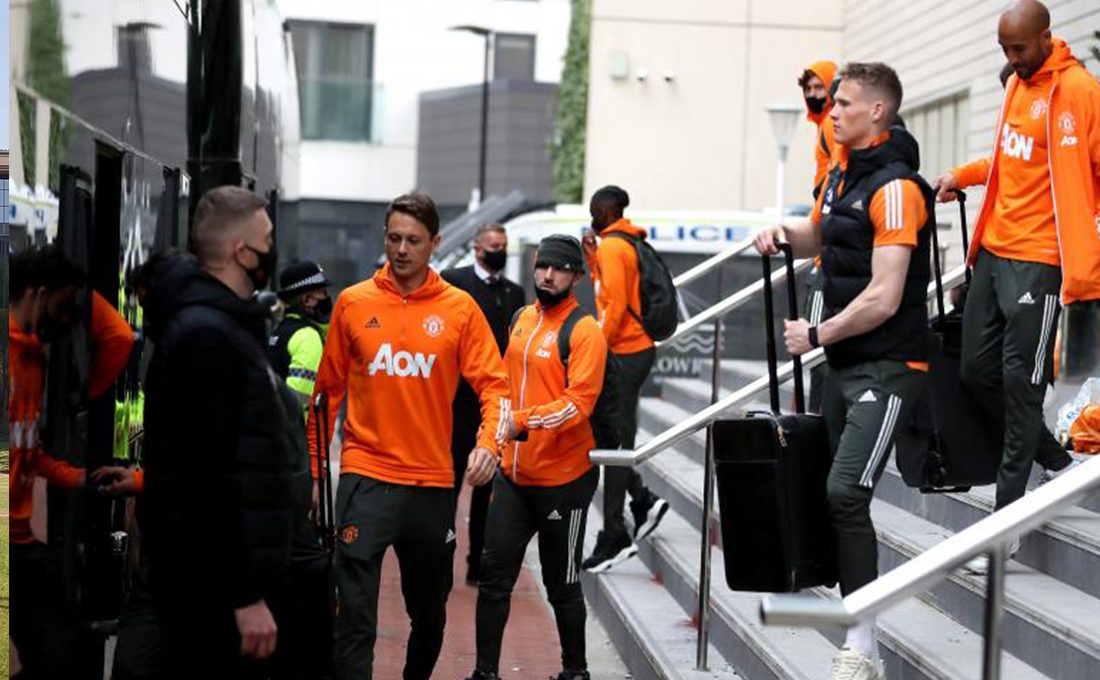 By Makali John | Manchester United is set to tighten the security around their home ground, Old Trafford ahead of their matches against Leicester City and Liverpool this week.

The heightened security has been occassioned by fear that the protests against the club’s owners, the Glazer Family may continue this week after fans forced the club to abandon their game against Liverpool last week, a tie that has since been rescheduled to Thursday.

According to media reports, United will take advice from both the police and security before deciding on their pre-match arrangements for the return to Old Trafford later this week.

Reports further indicate that it is not just the security at Old Trafford that will be reviewed. Individuals residing at Lowry Hotel will be also be scrutinized in view of the fact that United players always use the facility prior to their home games.

But considering what happened at Lowry Hotel last Sunday, there is a feeling that United might change their facility without the knowledge of the fans with reports stating that the club has been contacted by other hotels in the area.

The postponement of the Liverpool game is something that got Man U manager, Ole Gunnar Solskjaer irritated since it has forced the club into a fixture pile with the team now set to play three games in a span of five days.

United are now unbeaten in 25 consecutive away Premier League games, while it is now 22 games unbeaten away at Villa whom they faced this weekend. Solskjaer’s side have enjoyed doing things the hard way this term. This was the 10th occasion in which they have conceded the first goal in an away league fixture but United have won nine and drawn one of the matches.