Construction of 600 affordable housing units kicks off in Nakuru 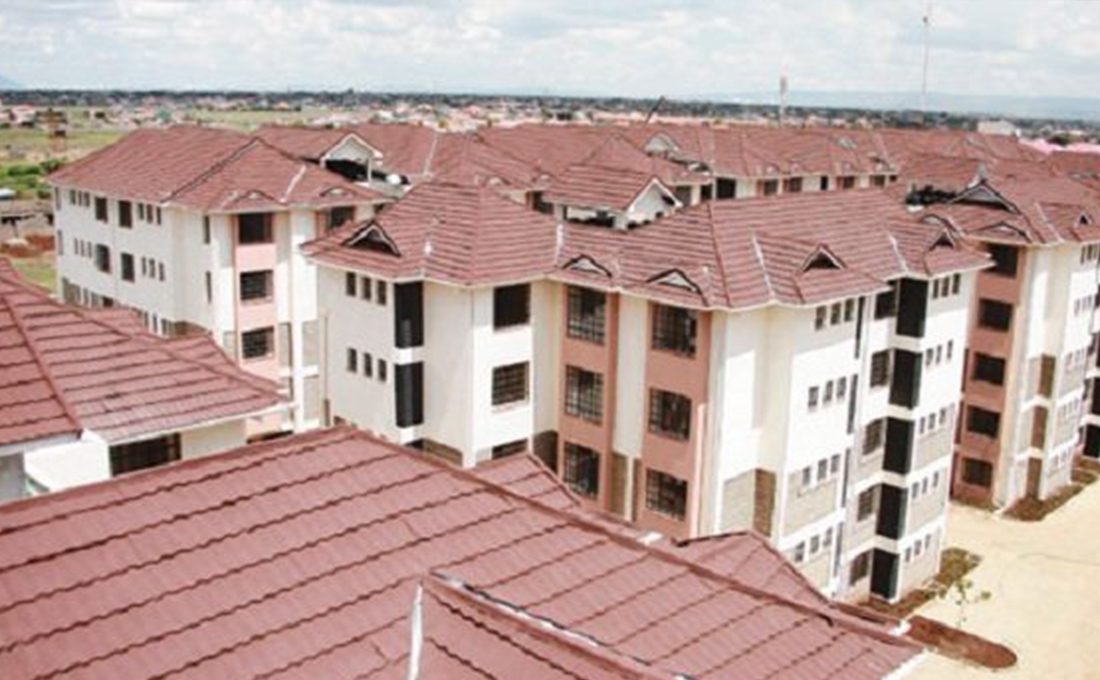 By KNA | The construction of 600 houses in Nakuru, under the ambitious Affordable Housing Project, is scheduled to kick off within two weeks.

Nakuru County Governor, Lee Kinyanjui has said the houses will be built and completed within 18 months under a joint partnership with the National Government and the World Bank.

Addressing the press in Nakuru, Governor Kinyanjui said the project will complement the ongoing construction of 2,400 houses in Naivasha, to target workers earning between Ksh15,000 and Ksh150,000.

“Realization of the provision of Affordable Housing is not only in President Uhuru Kenyatta’s Big 4 agenda but it is also part of the fulfillment of the Constitution Chapter 4, Article 43 which guarantees every Kenyan the right to accessible and adequate housing and reasonable standards of sanitation.

Counties have signed memoranda with the National Government to construct at least 2,000 affordable housing units per year,” explained the governor.

Construction of the houses comes at a time when demand for housing in Nakuru is rising, as local steel and cement manufacturers, animal feeds makers and dairy industry companies set up shop at the Salgaa industrial zone.

Several local and foreign investors have also expressed interest in setting up manufacturing concerns at the new industrial zone within Rongai Sub-County.

Naivasha has attracted both local and foreign investors in the industrial sector. Besides Standard Gauge Railway that is linked to the Meter Gauge Railway at Mai Mahiu, the Inland dry port, a business park being established by Kenya Electricity Generating Company (KenGen) and an Industrial park set up by Oserian Company is also expected to draw firms.

The houses in Nakuru will be built on a 10 acre-land in Bondeni Estate within Nakuru Town East Sub-County while those within Naivasha are being constructed on a 55-acre parcel of land along the Nairobi-Nakuru highway near GK Prisons.

“As Nakuru and Naivasha are homes to a multibillion-shilling flourishing horticultural sector, a thriving hospitality industry, and fast rising to a commercial hub in East Africa, obviously, the demand for housing is expected to shoot up,” Kinyanjui said.

“That is why we are fast tracking projects that will ensure the growing demand for housing for workers in the various companies that seek to bring their investments is met. So far Nakuru is among counties in urgent need of affordable houses. Over 26% of Kenyans live in cities and the urban population is growing at a rate of 4.2 % every year,” said Kinyanjui.

Two years ago, the county government reclaimed land in Nakuru and Naivasha meant for housing which had been grabbed, paving way for the project to kick off.

Kinyanjui noted that though the annual demand in Kenya for affordable housing for the middle and low income earners was 170,000 units, a mere 1,000 units are built every year, a situation he said had been worsened by official policy misalignments, outdated building code and low number of housing mortgages in the country.

He said Kenya had only 25,000 housing mortgages catering for a population of over 40 million people, a situation the governor noted had aggravated the housing crisis in the country.

‘‘The mortgages are skewed. 17,000 of them are not market based as they have been advanced to individuals by their employers. This means Kenya has less than 10,000 market based mortgages,” he stated.

The World Bank last year selected Nakuru as the pioneer county for the realization of the ambitious half a million houses project by 2022. The multilateral lender said Nakuru had most of the critical infrastructure needed for the construction.

Nakuru is among 23 counties that have provided land for the affordable housing programme. It has been grappling with housing shortages for years. There is a shortfall of both residential and commercial units.

A report by the Kenya National Bureau of Statistics (KNBS) 2020 detailed that landlords were shifting focus to building smaller and affordable houses as demand increases, land space diminishes and the cost of living rises.

According to the 2020 KNBS report, Nakuru requires at least 10,000 housing units to meet the current demand. However, only about 3,000 units are available, creating a shortfall of 7,000 units.

Kinyanjui revealed that to ensure that only deserving cases get the units in Naivasha and Nakuru, both the national and county government will negotiate reasonable mortgage deals with various banks, where people can go and inquire for a pre-approval for the balance.

“The national government established the Kenya Mortgage Refinance Company, which works with the banking sector and the cooperative movement through SACCOs, to make available affordable mortgage finance for those wishing to own a home.

The Kenya Mortgage Refinance Company will help to extend the tenure of housing loans from the current average of seven years to at least twenty years.  It will also assist in driving interest rates on mortgages to single digits,” he added.

He said the low-cost affordable housing units shall be met through budgetary allocation, partnerships between financial institutions, private developers, cooperatives and manufacturers of building materials.