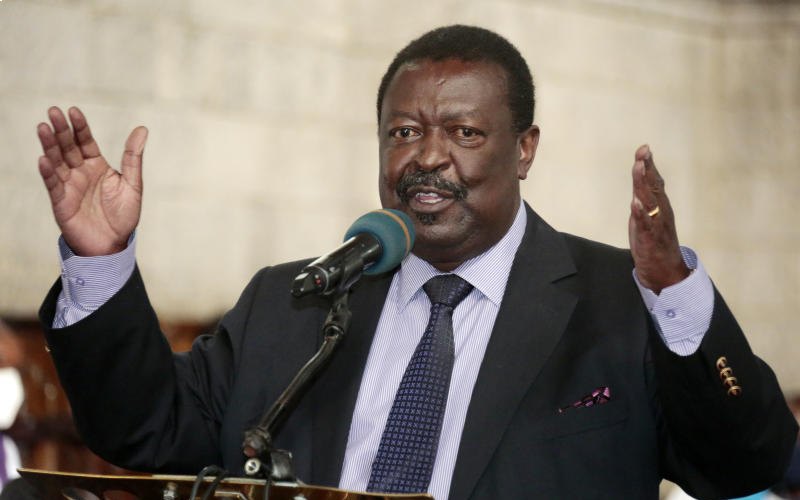 The ANC Party Leader singled out the need to ease access to finance for women as one of the issues that require change. ‘”If we free up funds for women led businesses, they will be able to reinvest in their organizations, grow, create employment and pay taxes which is a win.”

Weak access to finance by women has been attributed to lack of collateral among women as most women in Africa do not own properties such as land that are readily acceptable as security by banks. This has resulted in many women being locked out of the credit access bracket.

According to the World Bank, 80 percent of women-owned businesses with credit needs are either unserved or underserved. The is equivalent to a financing gap of KSh. 183.6 trillion ($1.7 trillion).

Further with COVID-19 having ravaged millions of micro and small businesses, Mudavadi further called for a radical rethink of the country’s tax regime to ensure that such businesses remain afloat. “We need to review taxation in this country and establish if it is just COVID-19 affecting businesses or punitive tax measures have had a hand in their tribulation too. We need a stable tax policy to allow businesses to grow without fear or uncertainty.”

In the same vein, Mudavadi, who is a former Finance Minister, called for a scale down on business regulation, contending that there are too many rules to adhere to in the country that are hindering businesses from growing. Mudavadi cited the resurgence of numerous licenses and permits required to run a business as the major stumbling block to the growth of business in the country.

Also present during the virtual forum was Chief Administrative Secretary (CAS) in the Ministry of Public Service and Gender, Beatrice Elachi who similarly expressed concern on overbearing regulation. “Regulation is good as it ensures stability and some decorum in the way we do business. However, overregulation becomes a thorn in the flesh of business people. We need moderate regulation to ensure that we can jumpstart our small and medium enterprises back to profitability and allow for new ones to come up.”

Kenya was ranked 56th globally by the World Bank on ease of doing business in 2019, having risen 80 slots up since 2014. Its improved ranking has been partly credited to improvement in access to credit, which has seen it rise to the fourth position globally.