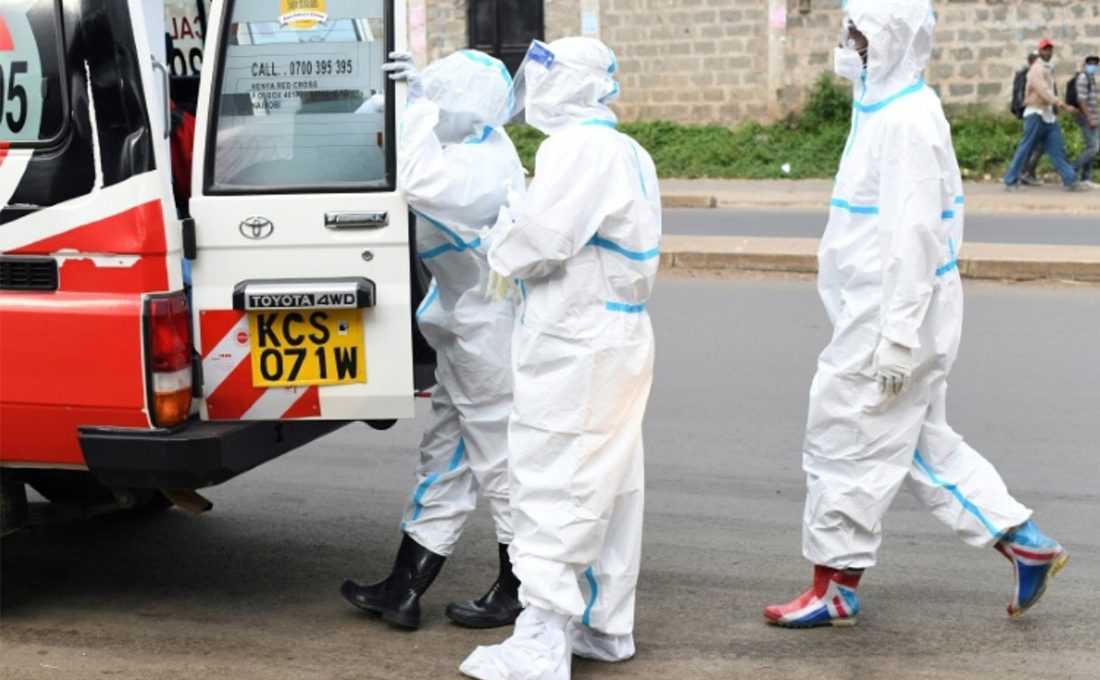 Kenya has officially confirmed 5 cases of the Indian COVID-19 variant.

According to Health acting Director General Dr. Patrick Amoth, the five are Indian nationals working on a fertiliser plant in Kisumu.

Dr. Amoth says the cases were picked up on arrival into the country on Thursday last week before Kenya banned flights from India.

“This variant has been picked in Kenya and because of connectivity, it was just a matter of time. You cannot be able to put barriers to prevent a virus from accessing your territory,” Amoth said.

“We picked this from a sample of Indian travellers who are doing some work in the western part of Kisumu. We have gone ahead together with the Kisumu county health team to do contact tracing.”

The Ministry of Health says genome sequencing is underway at the KEMRI Walter Reed in Kisumu and the results are expected in a week.

The confirmation of the Indian variant comes barely a day after the United Kingdom announced that it will from this Sunday bar individuals who have been in Kenya from entering its territory.

The directive will also apply to individuals who have transited through Kenya in the previous 10 days.

The Coronavirus crisis in India is partly attributed to the highly infectious B.1.617 variant that is spreading its tentacles to other countries.

The B.1.617 or “double mutant” Indian variant carries two mutations including the L452R and E484Q which have been seen separately before in other variants but never together in one variant.

By end of April, The World Health Organization said Indian COVID-19 variant had been found in more than 17 countries.