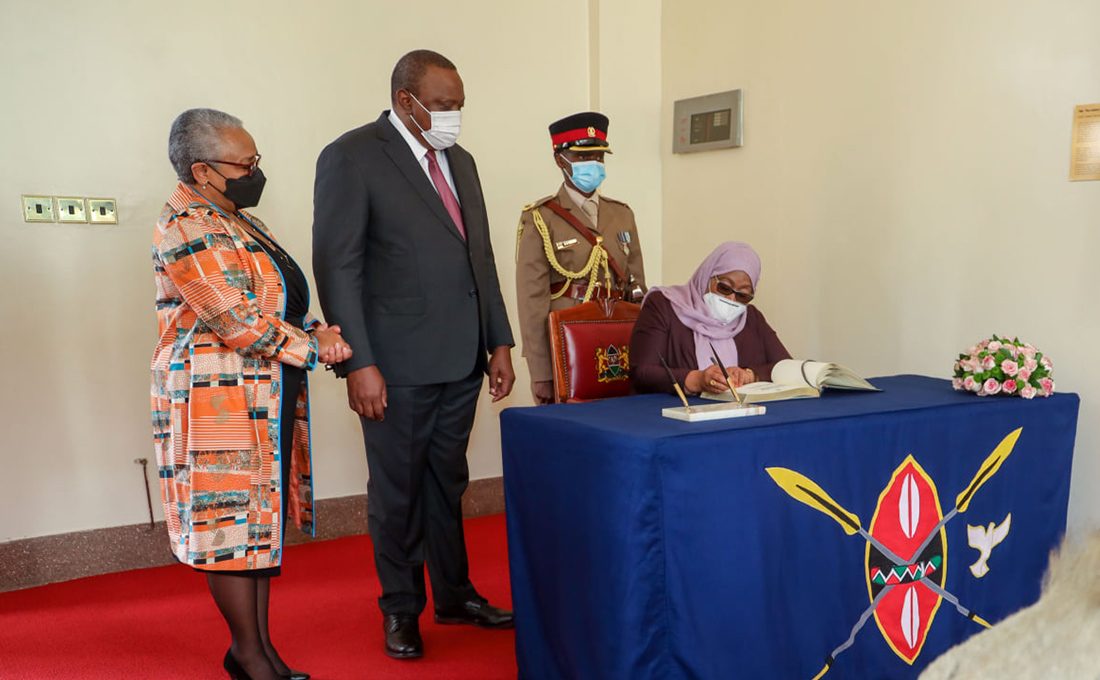 Kenya and Tanzania have agreed to construct a gas pipeline from Dar es Salaam to Mombasa.

This was revealed during a joint press briefing between Kenya’s President Uhuru Kenyatta and his Tanzanian counterpart, President Samia Suluhu at State House, Nairobi on Tuesday.

President Kenyatta said Kenyans will enjoy cheaper and clean energy once the project is complete.

On her part, Tanzania’s Head of State noted that the gas deal which they inked was a long term project adding that what remains is implementation.

“Kenya has 513 development projects in Tanzania worth $1.7 billion, and offering at least 51,000 job opportunities our people in Tanzania,” said President Suluhu.

At the same time, she revealed that 31 Tanzanian companies have invested in Kenya valued at KSh.19.33 billion, creating at least 2,600 jobs.

“In the last 5 years, Kenya – Tanzania trade was valued at $450 million with strategies in place for expansion.” President Samia Suluhu said.

She further said the two countries are also set to review cross border trade issues with a view to easing non-tariff trade barriers between Kenya and Tanzania.

And in what is expected to end undue delays along the Kenya-Tanzania border posts, President Suluhu announced that Health Ministers from two countries would soon sit to harmonise COVID-19 testing protocols along their common borders.

As part of efforts to strengthen transport and communications between the two countries, President Kenyatta further revealed that the two leaders had agreed to FastTrack the construction of a road linking Kenya and Tanzania from Malindi through Lunga Lunga to Tanzania’s historic town of Bagamoyo.

The two leaders agreed to re-energise the Kenya-Tanzania Joint Commission and urged Ministers from both countries to meet more often.

President Suluhu, who was sworn in office on March 19, 2021 following the death of Tanzania’s 5th President John Pombe Magufuli, arrived in Nairobi on Tuesday morning for a two-day state visit.

She was received at the Jomo Kenyatta International Airport by Foreign Affairs Cabinet Secretary Raychelle Omamo.

At State House, the Tanzanian President inspected a guard of honour and received a 21-gun salute before proceeding for bilateral meetings and consultations with her host.

She is scheduled to address a joint sitting of the National Assembly and Senate on Wednesday.

President Suhulu Hassan’s state visit to Kenya is seen as a charm offensive aimed at subtly mending diplomatic relations between Dar es Salaam and Nairobi, which deteriorated during the reign of the late President Magufuli.