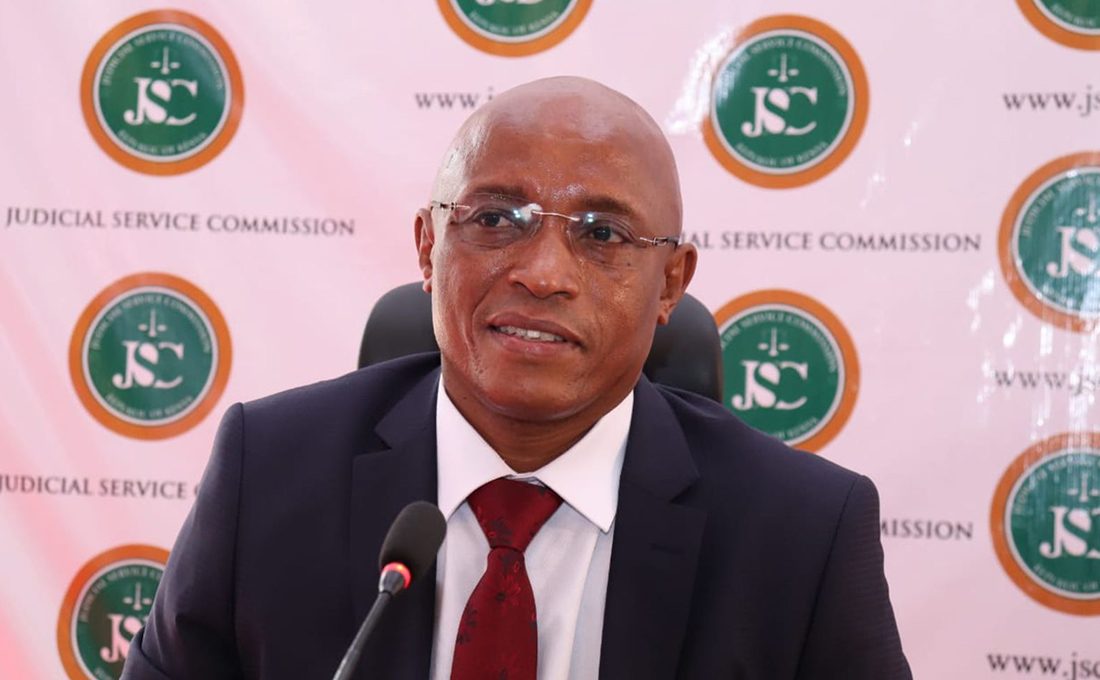 By Vincent Odhiambo | The search for a Supreme Court judge entered its second day on Tuesday with Justice Nduma Nderi and Dr. Nyaberi Justry Patrick Lumumba appearing before the Judicial Service Commission (JSC).

Justice Nderi who is Employment and Labour Relations Court judge faced the commission for the second time after failing to secure the Chief Justice position.

Asked about working with his fellow judges in a multiple-judge bench at the Supreme Court, Justice Nderi said there is need for unity and collegiality among Supreme Court judges.

“Kenyans need to see a unified court. Kenyans need to have confidence in us as a court which determines very weighty issues as and when called upon to do so. I think I am very able in that respect. I have demonstrated that over the years and I think I’ll be able to do that if given the opportunity”

On his ability to work as a judge at the Supreme Court, Justice Nduma added that his intention to jump and directly move from the specialized labour court to the Supreme Court will not deter him from doing his job as he has the competence, ability and integrity needed to perform in the role.

“Employment and Labour Court, as I said, is a superior court and mostly dealing with not just labour issues but constitutional issues cutting across the board and therefore the experience you get at the labour court is as good as the one you get at the High courts.”

Dr. Nyaberi Justry Patrick Lumumba, who was the second to appear before the commission, pledged to resign from his other roles should he be appointed to the Supreme Court. Dr. Nyaberi, who has been an advocate for over 30 years, said his motivation for the role is patriotism and the need to improve justice in the country.

“People cry in our offices for lack of justice, cases taking long. God has endowed me with this small experience on how justice can be done.”

The fast-talking advocate also weighed in on the alleged corruption and bribery cases witnessed in the Supreme Court and blamed such perception on the delay in serving justice as the main factor. According to Dr. Nyaberi, decisions on matters of state of emergency should be made within 14 days.

“In a situation where proceedings move faster, in a situation where people know what they should expect within a certain time frame their decisions will be given. The aspect of corruption will only be limited to those who are indeed corrupt and whom the relevant government bodies should go against”

The successful candidate will replace Justice Jackton Ojwang’ who retired.