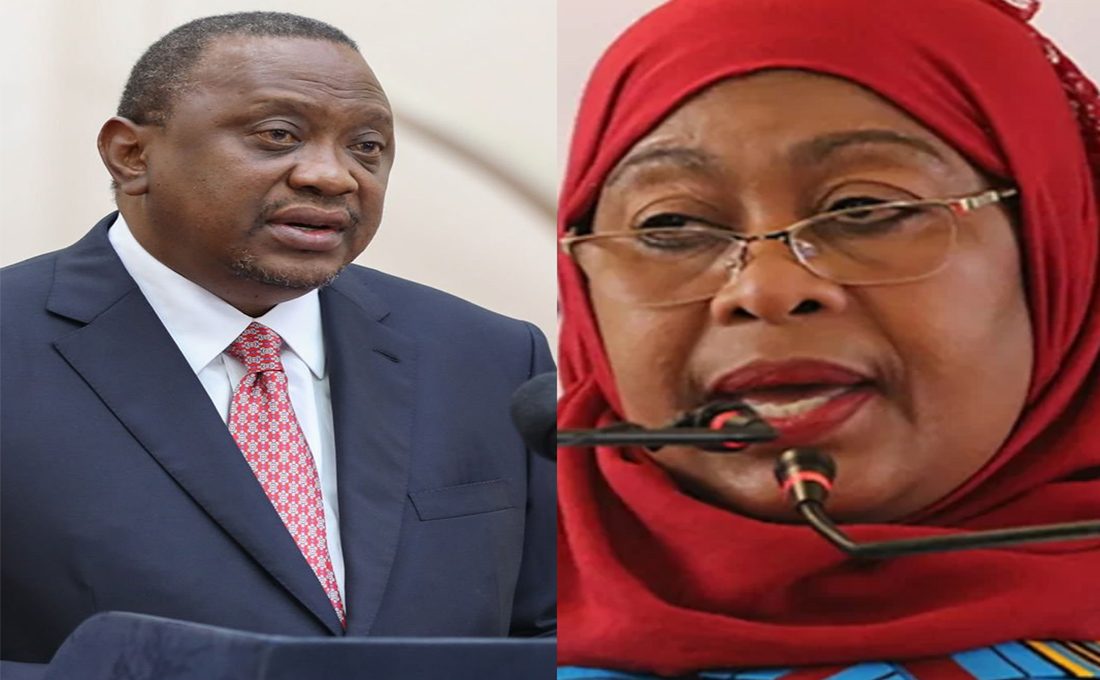 Tanzania’s President Samia Suluhu Hassan is set to arrive in the country on Tuesday for a two-day state visit to Kenya, marking her first trip to Kenya since she took office on March 19, 2021 following the demise of the nation’s fifth president, the late Dr. John Pombe Magufuli.

Her visit comes weeks after she visited Uganda where she and her Ugandan counterpart, President Yoweri Museveni signed a deal for the construction of an oil pipeline which will traverse the two countries from western Uganda all the way to the Tanzanian seaport of Tanga.

The last state visit to Kenya by a Tanzanian leader was on October 31, 2016 when the late President Magufuli visited Kenya.

During her maiden visit to Kenya, President Suluhu will address a joint sitting of the National Assembly and Senate on her final day in the country on Wednesday.

Her state visit comes against the backdrop of testy diplomatic relations that Kenya and Tanzania have had in the recent past during the reign of the late Dr. Magufuli who took office in 2015.

Kenya and Tanzania have been at odds largely over economic issues along their common border.

Despite both countries being part of the East African Community (EAC), border checks and conflicts have resulted in occasional unrest and protests along the border.

For instance, in November 2017, Nairobi expressed concern over the Tanzanian Government’s decision to burn 6,400 chicks imported from Kenya for fear of bird flu as well as its move to auction 1,300 cows belonging to Kenyan herders after they were confiscated for grazing in Tanzania.

Kenya said the “hostile actions” against its citizens and their business interests risked soiling historical relations between the two neighbours.

This even as the late Magufuli said his government would continue to confiscate and auction livestock that crosses into Tanzania illegally.

“Tanzania is not a feeding farm for animals from other countries and that is why we have stated that we are going to take action as per the law,” the late president said, adding that “we want to tell our neighbours to take measures based on their laws once our animals graze in their countries.”

“Today, President Suluhu has received a special delegation from the President of the Republic of Kenya, led by Sports minister Amb. Amina Mohamed,” read part of a press statement by Tanzania’s State House Spokesperson Gerson Msigwa.

Tanzania’s Head of State said her Government was ready and willing to resolve all the diplomatic differences that Tanzania has had with Kenya.

She said the two countries share a rich history, and that the ties should not end over issues that can be resolved.

This includes solving the challenges between Tanzania and Kenya “because East African Community States are historically relatives, neighbours and friends,” said President Suluhu.

On his part, President Kenyatta assured President Suluhu that Kenya is ready to cooperate with Tanzania.

With this, the two countries are planning to revive the Joint Permanent Commission (JPC), which President Suluhu suggested would play a crucial role in strengthening bilateral ties.