COVID-19: Kenya not yet out of the woods 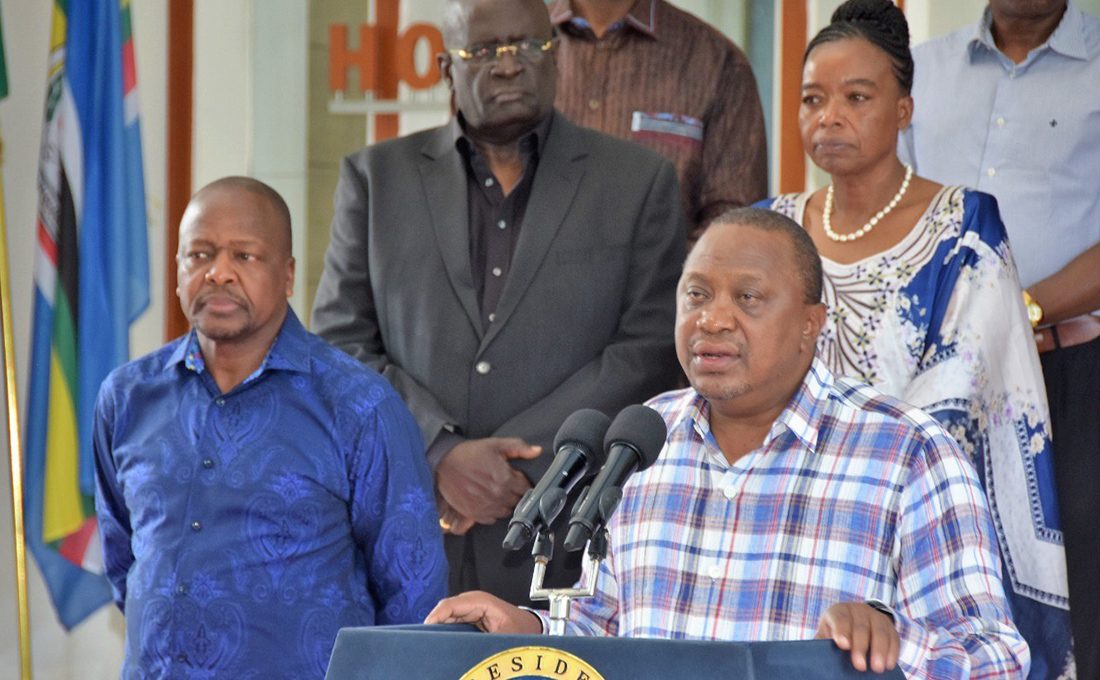 Despite President Uhuru Kenyatta’s move to ease restrictions to curb the spread of COVID-19 in the country, Kenya is not yet out of the woods – if data from the Ministry of Health is a pointer to go by.

Analysis by Metropol TV indicates that the average COVID-19 positivity rate in April stood at 13.7 percent against 14.3 percent in March.

This is 8.7 percentage points above the World Health Organization’s (WHO) recommendation that a country maintains a positivity rate of below 5 percent for at least 14 days before easing COVID-19 containment measures.

But in his Labour Day address to the nation on Saturday, President Uhuru Kenyatta eased COVID-19 restrictions; the main highlight being the lifting of the cessation of movement into and out of Nairobi, Kiambu, Machakos, Kajiado and Nakuru Counties which were demarcated as a Disease Infested Zone.

The 8 p.m to 4 a.m curfew in the five counties was also reviewed, with bars and restaurants being reopened.

“That the hours of curfew in the Zoned Area are revised to commence at 10:00pm and end at 4:00am; That in-person and congregational worship shall resume in strict fidelity to the guidelines issued by the Inter-Faith Council and Ministry of Health,” said President Kenyatta.

The easing of the curbs comes barely days before schools reopen after the April holiday with the President warning the public to be vigilant.

“A surge of infections will necessitate an escalation of the containment measures, a possibility we all dread.”

While the positivity rate has dropped significantly since March, the degree of transmission is still relatively high, considering that Kenya has not been conducting mass testing. Samples tested, sometimes below 2,000 may not reflect the true picture of community transmission.

The reopening of the country came as a sigh of relief for Kenyans, as they confront catastrophic effects of the pandemic on the economy with 1.7 million people having lost their jobs by December 2020.

Kenya’s caseload and fatalities on the rise

According to data from the Ministry of Health, 571 deaths were reported by the end of April, representing a 96.9 percent increase from the 290 fatalities recorded in March.

In other words, Kenya lost about 20 people every day to COVID-19 in April.

By end of April, death toll stood at 2,724 with the month of April accounting for 21 percent of COVID-19 related deaths.

At the same time, 25,257 coronavirus infections were reported in April, representing 15.9 percent of the country’s caseload which has risen to 159,318.

In his 15th address on Coronavirus in March, President Kenyatta raised the red flag over spiking positivity rate, before revising the restrictions.

COVID-19 continues to exert pressure on the country’s already strained healthcare system and so far, 1,298 patients are currently admitted in various health facilities countrywide.  6,652 patients are on Home-Based Isolation and Care even as 190 patients battle for their lives in Intensive Care Units (ICU). In mid-April, ICU admission hit a high of 269.

In order to lower the number of people being hospitalized due to COVID-19, the Government embarked on COVID-19 mass vaccination in early March following the shipment of 1.02 million doses of the AstraZeneca vaccine.

By end of April, 876,708 people in Kenya had already received the vaccine.

As of May 2, 2021, the National Emergency Response Committee on Coronavirus announced the figure of inoculated persons having shot to 886,288.

The Government expects to receive a shipment of 2.5 million doses of the AstraZeneca vaccine this month.

C.S. Kagwe told the Senate Committee on Health on April 30, 2021 that the first recipients of the AstraZeneca COVID-19 vaccine are expected to receive their second dose during the first week of June 2021.

He further told the Committee that his Ministry is in talks with the African Union (AU) to procure 7 million doses of Pfizer and 10 million doses of Johnson and Johnson vaccines to vaccine an additional 13.5 million Kenyans.