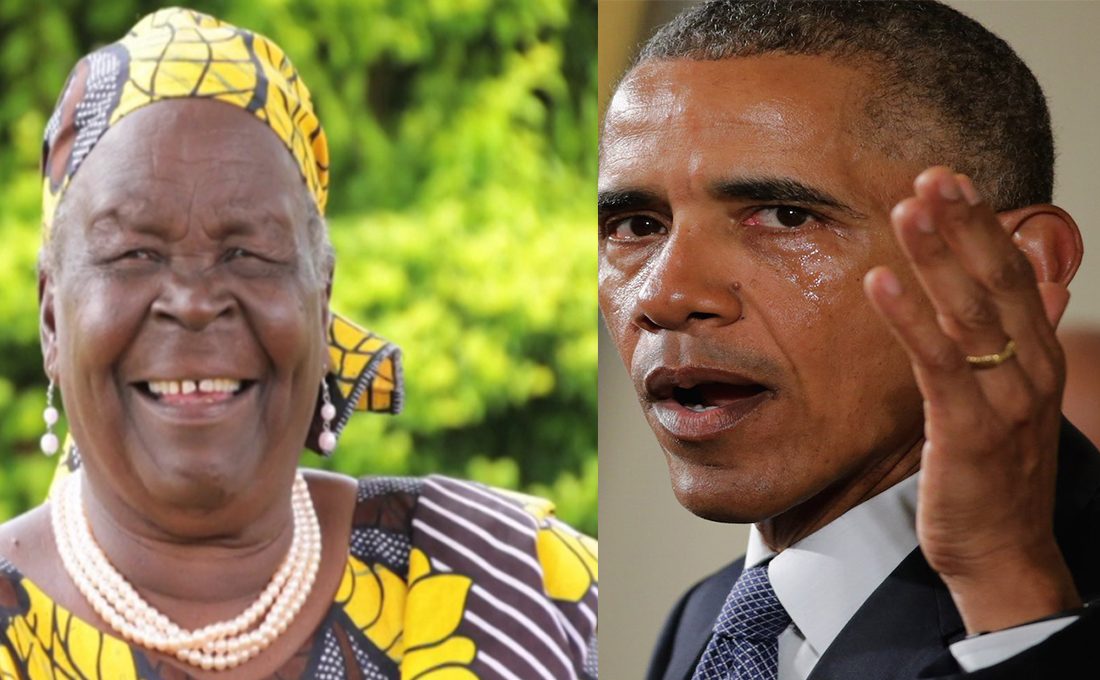 “We will miss her dearly,” said Ex-US President Barack Obama, who happens to be among many grandchildren of Mama Sarah Obama.

“My family and I are mourning the loss of our beloved grandmother, Sarah Ogwel Onyango Obama, affectionately known to many as “Mama Sarah” but known to us as “Dani” or Granny. We will miss her dearly, but we’ll celebrate with gratitude her long and remarkable life.” Said former U.S President Obama.

Mama Sarah attended her grandson’s inauguration in Washington D.C in January 2009, presenting him with a Kenyan oxtail fly swatter as a symbol of power.

She also fiercely defended Barack Obama from rightwing attacks, fueled by Donald Trump’s claims that Obama was born in Kenya and raised as a Muslim.

Thereafter, Barack Obama made two high-profile trips to Kenya, one in 2015 when he became the first sitting US president to visit, meeting Sarah Obama and other family members in Nairobi.

The other trip came in 2018 after he left office. He visited his father’s childhood village and jokingly apologized that he had not returned to visit his grandmother sooner because Air Force One was too big to land at her local airfield.

Sarah Obama, a Muslim, was born in 1922 as part of western Kenya’s Luo native group.

She will be remembered by many for her philanthropic work especially in her Nyang’oma Kogelo home in Siaya County where she initiated several community development projects.

She spent decades as the head of a foundation to educate girls and orphans, even though she never stepped foot in a classroom. She was popular with local schoolchildren for serving hot porridge and doughnuts.

She attracted attention from senior political leaders in the country, who recognised her as a philanthropist.

President Uhuru Kenyatta mourned the Obama family matriarch as an icon of family values and a philanthropist whose contribution to the progress of the Kenyan nation shall be missed dearly.

“The passing away of Mama Sarah is a big blow to our nation. We’ve lost a strong, virtuous woman. A matriarch who held together with the Obama family and was an icon of family values,” the President eulogised.

“In the passing of Mama Sarah Obama, we have lost a matriarch who lived ahead of her time. She single-handedly kept the family going long after the husband departed,” said Odinga on his Twitter handle.

Mama Sarah will be buried Tuesday at her home in Kogelo in accordance with the Muslim burial customs.