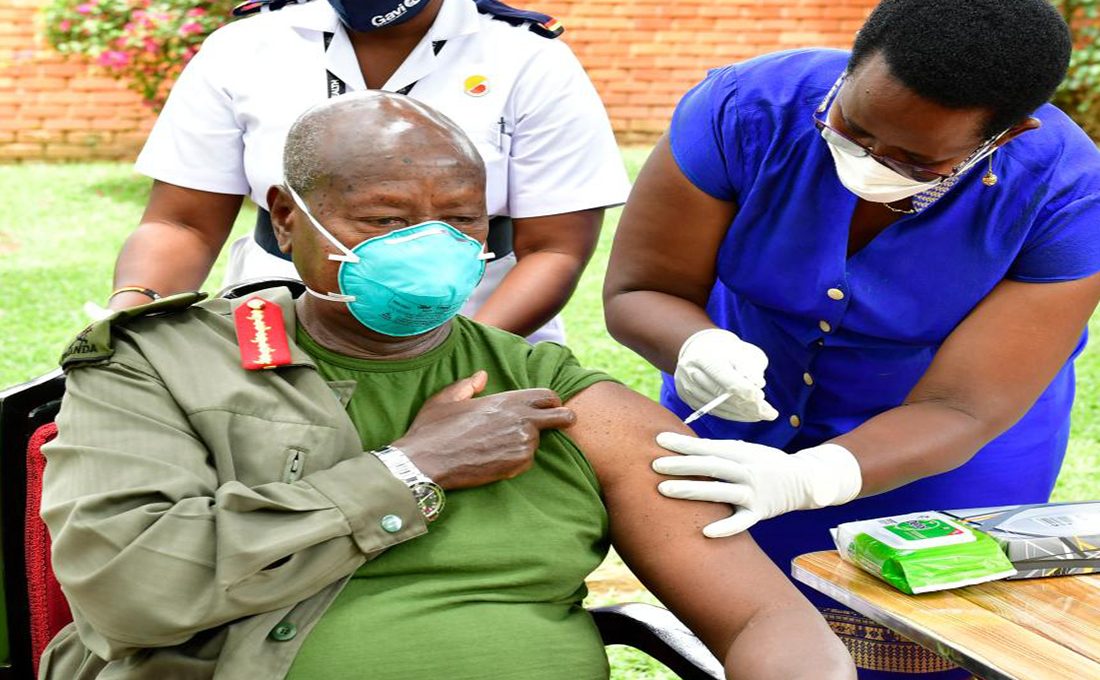 Ruth Aceng, Uganda’s health minister, hailed the first family for being inoculated in the ongoing nationwide COVID-19 vaccination campaign exercise in the East African country and encouraged Ugandans to take part in the exercise.

“I encourage all Ugandans who qualify for this vaccination to go to health facilities and get it,” said Museveni in a tweet.

Other government officials were among those who received the jab on the same day, to instil confidence among the public to take part in the ongoing exercise.

Uganda launched the first phase of the COVID-19 vaccination campaign on March 10, targeting high-risk groups in the country.

Uganda’s Ministry of Health is targeting to inoculate more than 21.9 million people who are at a high risk of infection.

They include; health workers, teachers, security personnel, the elderly and those with underlying medical conditions.

President Kenyatta alongside First Lady Margaret Kenyatta was inoculated at State House, Nairobi, together with members of his Cabinet and other senior government officials.

The exercise follows his order to all cabinet members to receive the jab to boost confidence in the vaccination exercise.