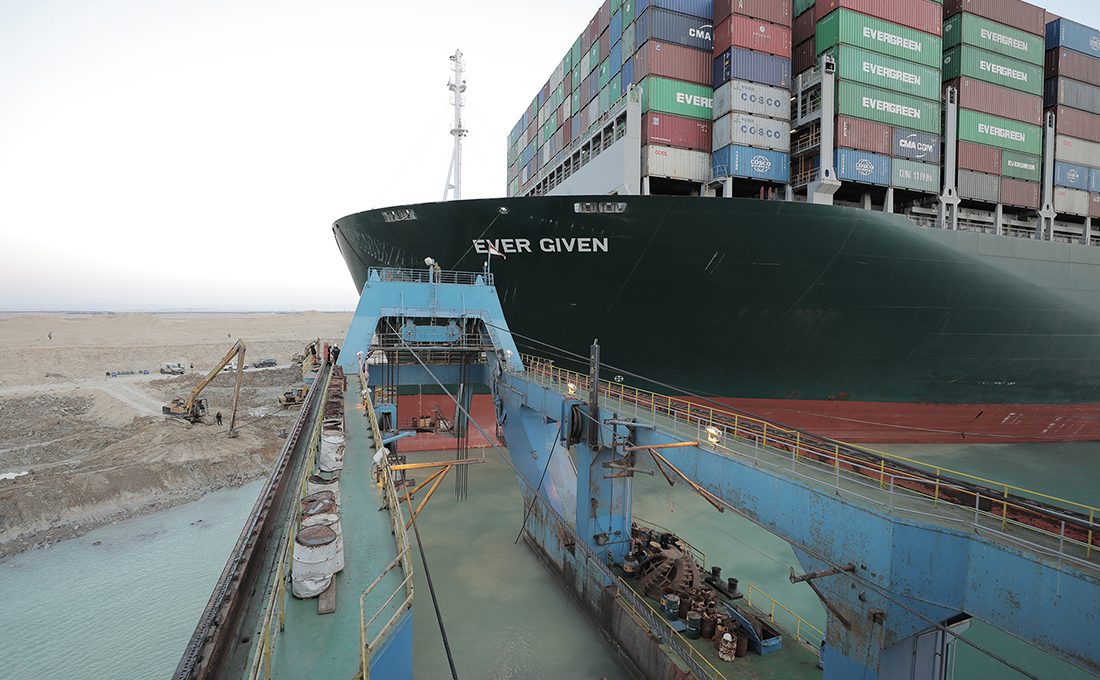 A huge container ship that has been wedged in the Suez Canal for almost a week started to move on Monday.

According to AFP, the Suez Canal Authority (SCA) had not published any official confirmation, and it is not yet clear when traffic along the canal will resume.

In a statement, the SCA stated that “towing maneuvres to refloat the container ship Ever Given have started with the help of 10 giant tugs.”

As of Sunday, there were 369 ships stuck in a tailback waiting to pass through the 193km (120-mile) canal on either side of the blockage.

According to a study published Friday by German insurer Allianz, each day of the blockade could be costing global trade some $6-10 billion. Around one million barrels of oil and roughly 8% of liquefied natural gas pass through the canal each day.

This is despite the fact that the canal opened an older channel to try to get more ships through.

According to British firms, if the situation at the Suez Canal does not ease, some companies may have to pay to order more goods and have them transported by air freight, which costs at least three times more.

Investigations into the blockage are ongoing to determine whether it was caused by technical or human error.