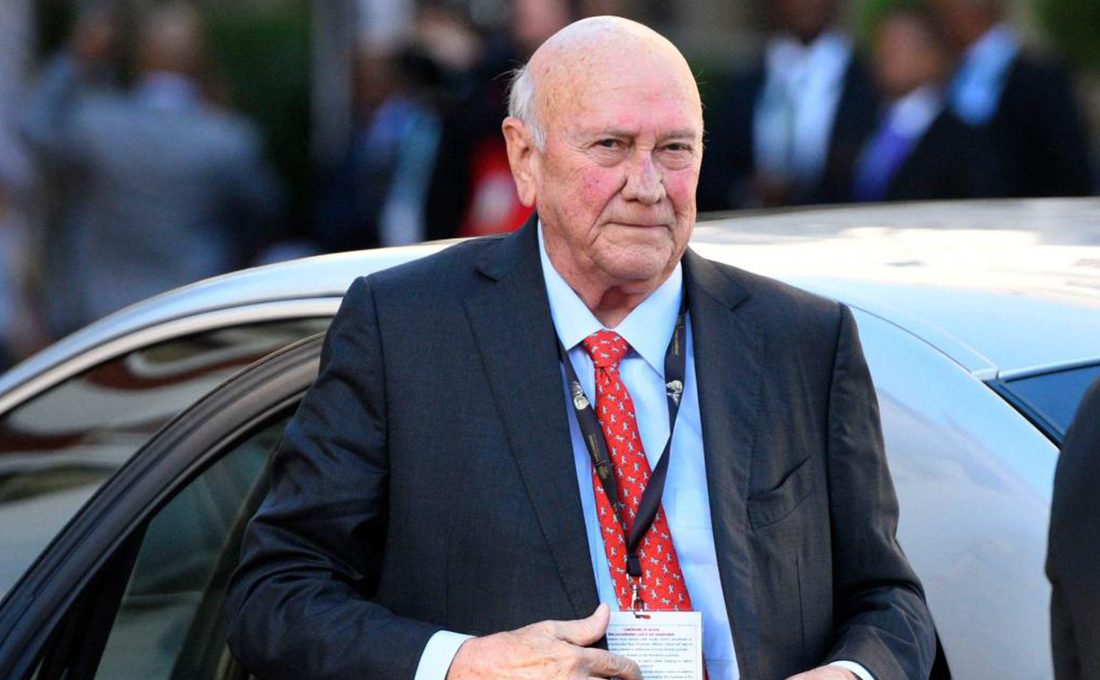 This is according to a statement on the de Klerk Foundation’s website, which said the former S.A Head of State and Nobel Prize winner has been diagnosed with mesothelioma, a cancer that affects the tissue that lines the lungs.

“There is no immediate threat and we are confident that the treatment will be successful.” Reads de Klerk’s website.

Mesothelioma is a malignant tumor that is caused by inhaled asbestos fibers and forms in the lining of the lungs, abdomen or heart.

De Klerk was elected as president under South Africa’s apartheid era in 1989.

In 1992 he oversaw the referendum in which 68 percent of white South Africans voted in favour of bringing an end to apartheid.

De Klerk remained in office until 1994, when Nelson Mandela, who de Klerk released from prison in 1990, was inaugurated as democratic South Africa’s first president.

The late Magufuli to