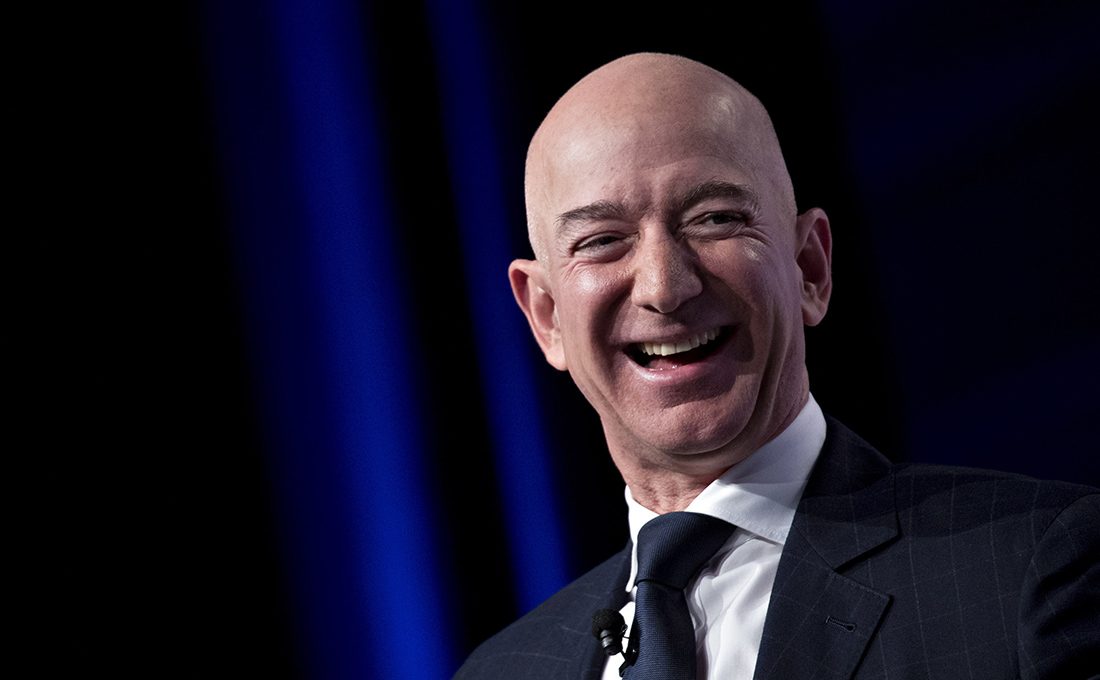 Jeff Bezos is the richest man on the earth with a net worth equivalent to $180.3 billion (Ksh.19.7 trillion), this is according to Forbes.

Bezos founded the e-commerce colossus Amazon in 1994 out of his garage in Seattle. He runs it as Chief Executive Officer and owns an 11.1 percent stake.

Between March and April 2020, amid the pandemic, Amazon said it hired 175,000 additional workers.

In April 2020, Bezos said he would give $100 million to Feed America, a non-profit that operates food banks and food pantries across the country.

Amazon has faced criticism from United States Senators and the general public for its treatment of warehouse workers during the coronavirus pandemic.

He divorced his wife MacKenzie Scott in 2019 after 25 years of marriage and transferred a quarter of his Amazon stake to her.

Bezos owns The Washington Post and Blue Origin, an aerospace company that is developing rockets for commercial use.