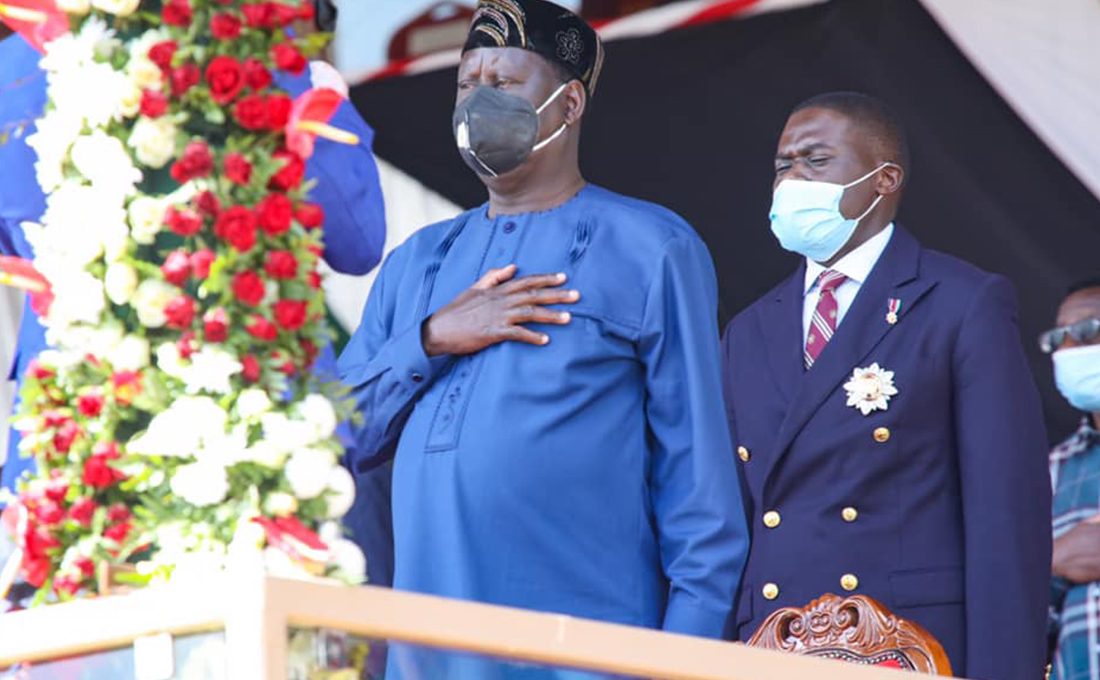 Odinga was hospitalised on Wednesday when he visited Nairobi Hospital for a check-up after having complained of fatigue.

“Following my letter of the 10th of March 2021 we have confirmed that Rt. Hon. Odinga has SARS-2 COVID-19,” reads the doctor’s letter in part.

He will remain in the hospital for a routine timely check-up, his doctor said but assured Kenyans that Odinga remained upbeat.

This was after he returned from an endless five-day tour of the Coast region where he had drummed up support for the Building Bridges Initiative (BBI).

“He checked in for a complete series of tests because he has been on a countrywide tour from Turkana to Narok to Busia and Coast region without rest. The doctors have advised that he takes complete rest as they continue to run tests,” his spokesman Dennis Onyango said.

The news of Odinga’s health results threw many into a frenzy, with the majority of Kenyans hailing him for being a true leader who had never shied away from sharing his health status with the public.

It is not the first time Raila has disclosed his health status to Kenyans. In June last year, Odinga checked into a German facility in Dubai for minor back surgery.

“Jakom is out of the country for a minor surgical operation on his back. It is not a serious health issue but just a minor one. So he is okay. The Germans have a good hospital facility in the Arabian country where he is being monitored,” said Oburu Oginga, the brother of Odinga who is also the family spokesperson.

Leaders from all political divides took to their social media handles to wish Odinga a speedy recovery, including some politicians whom Kenyans expected the least to hear utter a word about his (Odinga) developing health status.

“To  @RailaOdinga , former PM, Isaiah 53:5 by Jesus stripes comes healing. You have fought many battles, you have always demonstrated courage and bravery. This too you will overcome. Quick recovery my friend. The nation is praying.” Tweeted Kenya’s Deputy President William Ruto, who is also a strong critic of Raila’s BBI drive.

“I have a huge respect for @RailaOdinga  especially because he honestly and openly shares with the public his health status. I honestly pray & truly believe he will recover in good time & will bounce back stronger & healthier. My family & I are praying for him his quick recovery.” Tweeted Murkomen.

Odinga will be in mandatory quarantine for the next 14 days.